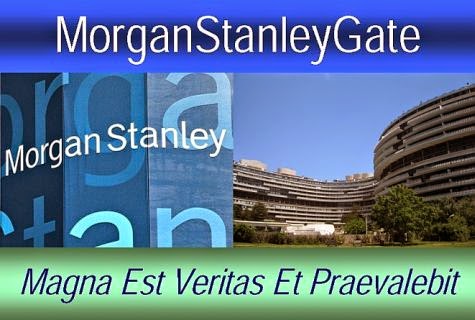 It all began with an audacious employment fraud predicated on greed.
Spencer C. Young, a successful Wall St. executive who had earlier founded the Commercial Mortgage Back Securities at J.P. Morgan was surreptitiously included in a firm-wide downsizing on November 20, 2002, predicated on a fraud discrediting his significant accomplishments, which was orchestrated by two of his colleagues at Morgan Stanley (Warren Friend and John Westerfield), and assisted by a third (Tony Tufariello).
The fraud was especially profound because Mr. Young had perhaps his best year ever, having created the highly successful IQ® franchise, and completed a unique farm loan monetization for AXA Financial, earning the largest investment banking fee for his group that year --  for it was also the largest transaction of its kind . . . ever.
However, instead of receiving a promised “outsized bonus”, promotion and additional investment banking responsibilities (marketing ALL of Morgan Stanley's securitized products to middle market banks across the U.S.), he received 15 minutes to gather his belongings and leave Morgan Stanley’s Times Square headquarters, and was asked never to return.

Addendum:  Messrs. Westerfield and Tufariello, were later terminated for causing OVER $ TEN BILLION in losses associated with trading in sub-prime RESIDENTIAL mortgages and bringing Morgan Stanley to the brink of bankruptcy, and thus played pivotal roles in creating The Great Recession.  Warren Friend played a lesser role and was fired a few years later.
Posted by Spencer C Young at 10:00 AM No comments: