Why Barack Obama Will NOT Be Re-Elected . . . It's About Being In Touch

Having signed up to the Obama Administration's email list, I receive communications from the President and his staff.  Anyone can sign up.  The emails exchanged below reveal why I believe he will not be re-elected.

To begin with, no U.S. President has been re-elected with a 44% approval rating, driven in large part to the sorry state of our economy.  And yet, in reality, there is a simple solution to growing the economy -- merely establish governmental infrastructure to eliminate the stifling corruption and kakistocracy that undermine the U.S Constitution and the American way of life.  This is clearly articulated in my message below to the President.

Unfortunately, the Obama administration is unaware of the full extent of problems people face because communications with virtually every branch of his government are designed to be ONE-way -- ergo, completely out of touch with the populace.

Mr. President, we are so sorry to see you go -- you arrived with so much promise, but you've profoundly disappointed us . . . simply because you didn't want to listen.  Do you think I'll get a response to this?  Not a chance. 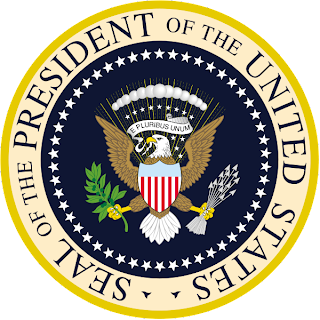 For instance, I have OFTEN articulated to YOU and your Administration of having been victimized in the worst bank foreclosure fraud in US History where my net worth of $46.5 million was literally stolen on UNCONTESTED commercial and residential mortgage foreclosures that were: (1) NEVER late; (2) NOT in default; and (3) with regard to my Chapel Hill Condo PAID-IN-FULL . . . because I was UNLAWFULLY DENIED legal representation. My family has been more than destroyed as a result.

And this was done to cover up the MorganStanleyGate scandal, where I was originally defrauded by colleagues who caused $10 Billion in sub-prime losses -- twsyf.com has an overview. This should NEVER happen in America . . . yet it has, because your administration and other government officials didn't do their jobs and have heretofore been UNRESPONSIVE -- in other words, OUT-OF-TOUCH.

Your failure to address such an AUDACIOUS injustice undermines the basis upon which this nation was founded, and is sadly indicative of your administration being ineffective in attaining its most important goals (to quote Bill Clinton, and meaning no disrespect: "It's the Economy, stupid"). . . for my regaining what was stolen will in turn result in thousands of jobs being created. Isn't that what you're trying to accomplish, Mr. President?

While I am profoundly disappointed, I remain hopeful you will come through to MEANINGFULLY respond to this bold affront to the US Constitution by wayward bankers and others.

Posted by Spencer C Young at 10:17 PM No comments: