An Open Letter to Mark Zuckerberg 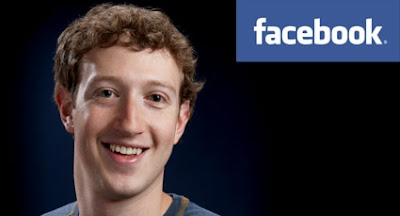 
While today marked the kick-off of Facebook’s long anticipated IPO, it is also the birthday of Maria Young (my wife of 24 years), who was relentlessly tortured and eventually murdered by Morgan Stanley, the bank you selected to lead your IPO.

And tomorrow marks the two year anniversary of a violent eviction and attempted assassination by a SWAT team on a mortgage that had been PAID-IN-FULL, which was the coup de grace to the worst bank foreclosure fraud in U.S. history. This was also the diabolical dirty work of Morgan Stanley, and the collaborative efforts of veritable North Carolina “Good Ole Boys” at the CEO level.(1)


Accordingly, Facebook’s association with this dastardly financial institution for this seminal event could be viewed as the ultimate collaboration of strange bedfellows, perhaps even a source of unshakeable chagrin, and here’s why . . .


Morgan Stanley’s business model is the antithesis of Facebook’s. While Facebook derives profit by bringing friends and family together and cultivating social and political change, Morgan Stanley profits by destroying lives, dismantling families and making a mockery of legitimate productive achievement. And I’m uniquely qualified to reveal the how they do it, and the only one brave enough to do so.

And who am I to level such a damning indictment?


I am an Ivy–league educated graduate-degreed father of four with a career in corporate finance, banking and real estate that is impressive by most standards. This includes founding, creating and building franchises at Morgan Stanley and JPMorgan (where I founded its commercial mortgage backed securities business) that are today worth $ billions. But what most underscores the credibility of my claims are my first-hand knowledge and experiences as a former Morgan Stanley insider AND as the continued target of Morgan Stanley’s wrath in an effort to mute my exposing their misdeeds.

. . . As A Former Insider I first experienced Morgan Stanley’s dark side when an associate who worked for me was suddenly subjected to unfathomable viciousness for reasons I never understood. You may remember this story when it exploded in the national headlines in 1999 – his name is: Christian Curry. I also observed how Morgan Stanley went about systematically destroying the career and life of a colleague – her name: Allison Schieffelin. In the end, justice was served, as Morgan Stanley ended up paying approximately $20 million to each for damages thus caused.


And Morgan Stanley’s proclivity to launch malicious personal attacks was further exposed when their methods were revealed after being hit with a $1.6 billion judgment for defrauding billionaire Ron Perelman and obstructing justice.(2)


The aforesaid scandals that played out in the media are mere glimpses into vicious business practices of Morgan Stanley, and the associated transgressions pale in comparison to what my loved ones and I have been subjected to for over nine years. Morgan Stanley has proven there are no limits to its Khruschevesque “I will crush you” mentality, and the unbridled greed that seems to course through the veins of its senior executives ends up cultivating an outright perversion of American values – for in my case, I was subjected to this unthinkable nightmare in response to creating a highly successful franchise, called IQ® (“Institutional Quality”) CMBS, and for cultivating a loyal client following.


Morgan Stanley’s avarice is perpetuated through widespread FRESCA crimes, employed as needed to protect its franchise(s). By this I mean fraud, racketeering, extortion, sabotage, corruption and assassination, and in my case this began as an audacious employment fraud in November 2002, which eventually transmogrified into a multi-faceted scandal of epic proportion, and thus aptly coined MorganStanleyGate.


Direct Links to the Occupy Movement


As poetic justice, those who instigated the initial fraud to ignite MorganStanleyGate were ALSO responsible for Morgan Stanley’s entrance into the toxic sub-prime residential mortgage business. This eventually led to the astronomical losses that brought Morgan Stanley to its knees(3). They have since been fired; however, not until having been paid tens of millions of dollars each in the years prior. Hence, the “one-percenters” who started the MorganStanleyGate scandal also played instrumental roles in wrecking OUR economy, which in turn prompted the Occupy Movement.


Strength in the Face of Adversity
Prior to Maria Young’s death in April last year this tragic inevitability was reported in the national media and then continued AFTER her passing because of the effect her courage and strength had on others. This was especially prevalent during the 2011 NCAA Men’s Lacrosse Tournament and in the Final Four Championships, where our twin sons, Kevin (for Duke)and Ryan (for Maryland) faced each other , and an event which their older brother, Michael had earlier played. A father could not be more proud of his sons for accomplishing what they had despite the overwhelming adversity that Morgan Stanley caused. Unfortunately, their estrangement (discussed below) has made these accomplishments bittersweet.


One cannot have a true appreciation for how despicable Morgan Stanley is without understanding their Machiavellian application of “divide and conquer” strategies against the families of those they target. In my case, their diabolical actions ended a strong loving marriage that had endured for over two decades, and their malicious antics were orchestrated in a manner that led my loved ones to believe I had abandoned them – for instance: I was diabolically set up in a remarkable instance of betrayal so that I would immediately default on a freshly inked divorce settlement agreement, and months later when my wife of 24 years was diagnosed with pancreatic cancer and convalescing from radical surgery, Morgan Stanley and Wachovia evicted from our home in New York and rendered homeless.


Worse yet, and knowing I was her ONLY source of income and at a time when she most needed chemotherapy and radiation treatments, ALL of my income was intercepted in an entirely orchestrated multi-property bank foreclosure fraud carried out by Paragon Commercial Bank. This not only hastened Maria’s death, it also created outright family dysfunction and estrangement that continues today.


Mindboggling Devastation in the Aftermath


And I have “only scratched the surface” on the level of destruction that Morgan Stanley and its “operatives” have thus caused. For instance, I have a fourth son (Jackson) and was engaged to be married to Leah Krier, whom I met after Maria and I separated. The bank foreclosure fraud caused Leah’s nervous breakdown, and in response, she promptly ended our relationship and kidnapped Jackson, whom I’ve not seen in two years.

For context to the massive scope and magnitude of the MorganStanleyGate scandal, one need only peruse the below "List of Devastating Assaults", and note that each bulleted item contains one or more hyperlinks to the astonishing evidential details, should you be so inclined:

And should you need further convincing, you can review a summary of the DOZEN affiliated websites established SOLELY to explain and resolve the many elements of this awful scandal and visit them from the hyperlinks embedded therein.


Please know this letter is NOT intended to rain on your well-deserved parade, and its timing is entirely a function of having only recently learned you had selected Morgan Stanley as your lead underwriter, which was a surprise to many pundits who surmised Goldman Sachs was a lock.

Moreover, it is important that you know of my intention to file “Civil Claims” at the Federal level aggregating $1.65 billion against Morgan Stanley, Wells Fargo (as parent company for Wachovia), and Paragon Commercial Bank, as well as the law firms who collaborated in this truly astonishing and intensely disturbing scandal (e.g., Kirkland & Ellis, Nelson-Mullins, Poyner & Spruill), and prominent public officials (many will have to explain their past INACTION).


This is also being shared with virtually every news organization in the United States, and posted on-line at MorganStanleygate.com. Moreover, due to its relevance to many of the “demands” embodied in the Occupy Movement, this represents a legitimate opportunity to MEANINGFULLY address:
It is my intention to earmark the preponderance of monies from awards and settlements from the aforementioned Civil Claims to support the “agenda” and “demands” of the Occupy Movement and assist others victimized. Accordingly, it’s possible my pursuit for justice against Morgan Stanley and its operatives could take on a life of its own, which in turn could prove disruptive to your IPO.

Recognizing this transmittal may be received with some skepticism, there’s an easy way to evaluate its veracity – just ask yourself: Do you honestly believe someone would go to such painstaking lengths, if it weren’t true? And should you wish to discuss, I will be pleased to accommodate.


P.S.  There MAY be a Facebook employee unduly “influenced” to interfere with my ability to engage others in my pursuit for justice, and I invite you to “click here” for the particulars.  While there are many ways around this, I believe this is something you should be aware of.


(1) This Machiavellian foreclosure fraud involved the UNCONTESTED grand larceny of $22 million of commercial and residential real estate in North Carolina and New York, and launched when John Mack was CEO of Morgan Stanley (he is now Chairman), and Bob Steel was CEO of Wachovia (He is now Deputy Mayor for Econ. Devel. In NYC)
(2) This was overturned on appeal predicated on a questionable rationale, which Perelman has challenged
(3) Necessitating a $10 BILLION Congressional bail out with taxpayer monies (and countless other billions of “printed money” from the Fed)
Posted by Spencer C Young at 10:41 PM No comments: