Who would have thought Spencer Young's fiancee' (Leah Krier) and his mother-in-law-to-be (Linda Klug) would have become felons?  This is yet another example of how the MorganStanleyGate scandal can cultivate criminal behaviors in those you would never expect it from, and effectively turn them into monsters.

And to think little 3-year-old Jackson Spencer Young has these "Thelma & Louise" role models as his mother and grandmother.  This is sad on so many levels. 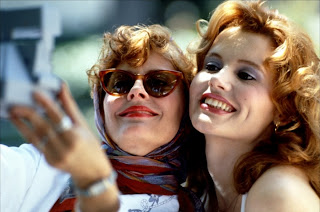 At the behest of Morgan Stanley, Paragon Commercial Bank declared mortgage loan defaults on Mr. Young's commercial and residential mortgages; however they were NEVER late, NOT delinquent, and in the case of his condominium in Chapel Hill, PAID-IN-FULL!  And after a corruption-laden Orange County (NC) Sheriff SWAT team attempted to assassinate him in a wrongful forcible eviction, Mr. Young's belongings ended up at two storage facilities (Armstrong and UHaul).


When his fiancee' abandoned him the next day, she secretly gathered her belongings and moved in with another man in Durham, NC.  What a classy stand-by-your-man fiancee' Leah turned out to be -- certainly an over-the-top bizarre response to yet another unlawful element of the MorganStanleyGate cover-up.

In addition to what appears to be a corruption-induced grand larceny theft at the U-Haul facility -- which the local operators (Paul Smedberg & Brad Crabtree) are desperately trying to cover-up, what transpired at Armstrong Storage constitutes a "smoking gun" grand larceny theft of items, which both Leah and Linda have unwittingly admitted to in writing.   And Spencer Young only learned about this from his unrelated inquiry on May 13, 2011.

As if they were kids in the candy store, Linda & Leah (a/k/a Thelma & Louise) ended up stealing items that in aggregate weighed 760 lbs!   We're still waiting to determine the identities of their male accomplices in the thefts at BOTH storage facilities. 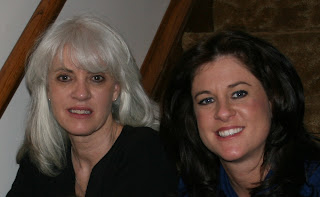 On April 8, 2011, Leah Krier presented a FRAUDULENT court order (which Spencer Young had no knowledge of) to Armstrong Storage, as she had done a week earlier at the UHaul facility.  This is yet another instance of denial of due process in the ever corrupt Raleigh-Durham-Chapel Hill region of North Carolina, and something that should have NEVER been issued.  It was a fraudulent ex parte order, which allowed Leah Krier to get "her belongings" in storage.

What makes this so outrageous is that she had no belongings in storage!  And similar to UHaul, Armstrong Storage oddly made no effort to contact Mr. Young to notify him that someone was absconding with more than one-third of a TON of his belongings!  Remember, this is perhaps the most corruption-laden region in the U.S.

And while UHaul continues to drag its feet in providing the security surveillance tape revealing the perpetrated theft at the UHaul facility, at least Armstrong provided the inventory sheet indicating the items Leah and her mother had stolen from the facility, and they both SIGNED FOR IT!  Sadly, this constitutes an admission of guilt in grand larceny because ALL of the items were Mr. Young's and most were purchased by Mr. Young BEFORE he met Leah, and evidenced by scanned purchase invoices and credit card receipts.

The complete list and inventory sheet can be accessed by clicking here. and note that Armstrong is an affiliate of United Van Lines. Some of the stolen items of note are as follows:

Leah's and Linda's behavior is shameful and downright pathetic.  And keep in mind, Leah also stole Mr. Young's Mercedes Benz S-320, high-end electronic equipment and paintings, and who knows what was taken from the UHaul facility.  And also keep in mind the notoriously corrupt Durham Police Dept. did NOTHING to recover these items, even though they observed many of them first hand . . . and they did NOTHING to try and relocate his car.

It's important to point out that Leah became the monster that she now is after suffering a nervous breakdown from the wrongful eviction on Feb. 2, 2010, and does (at times) have a conscience, which appears to have gotten the best of her after pulling off her heist from Armstrong Storage.  This may be why she called him the following day and expressed that she still loved him, but it's honestly difficult to understand what goes on inside her head these days.

Importantly, the guilt that our Thelma & Louise carried with them explains the unjustified panic they collectively created at Deborah's Day Care on April 11.  For when Spencer Young had innocently called there inquiring about Jackson's matriculation, they surmised he found out about their robbing him blind days earlier, and in their convoluted panic-stricken minds thought he was coming there to kidnap Jackson. (even though he was hundreds of miles away.  Such is the paranoid mindsets of criminals . . . and all cultivated by MorganStanleyGate.
Posted by Spencer C Young at 7:20 AM No comments: