. . .  are the words of former Morgan Stanley Executive Director, Allison Schieffelin, who publicly exposed the insidious culture of this bank in 2004, after having to endure a three-year nightmare of baseless vicious retaliatory attacks.

What follows is an excerpt from mevep.com, a website that chronicles the beginnings of the MorganStanleyGate scandal in New York.  As an institution, Morgan Stanley is the embodiment of a "Bank Bully", and how Morgan Stanley went about systematically destroying Allison's career and life pales to what they've done to Spencer C. Young and his loved ones.

Morgan Stanley MUST be held accountable. 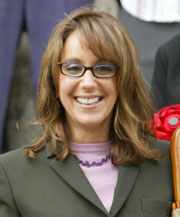 Allison was an Executive Director at Morgan Stanley working as a Sales Person in the Fixed Income Group.  She had been employed at Morgan Stanley for 15 years until she was abruptly fired without warning in October 2000 for what Morgan Stanley said was "gross insubordination" and for "initiating an abusive confrontation with her boss", going on to describe her as "an angry bitter woman who doesn't have a life".  Just prior to her firing, she was subjected to a something known as "workplace mobbing", where she was suddenly excluded from client meetings, disparaged internally and given poor performance reviews predicated entirely on falsehoods.

After Morgan Stanley fired her, she was unable to find comparable work, for she too was the target of a malicious smear campaign engineered by Morgan Stanley, with the assistance of Kirkland & Ellis ("MS/K&E"), who operated in the background.

Ms. Schieffelin was widely quoted in the media saying:


She aptly summarized the primary intent of MS/K&E's dastardly deeds as follows:  "They thought if they made my life miserable enough that I would just pack up and leave".  But Allison Schieffelin persevered, and with the assistance of the Equal Employment Opportunity Commission led a discrimination lawsuit based on her travails and on behalf of other women, eventually prevailing with a $54 million settlement, of which she was paid $12 million for damages associated with the destruction of her career and extensive pain and suffering.  Importantly, she helped bring about meaningful change in the fight against sex discrimination in the workplace.

Posted by Spencer C Young at 10:56 PM No comments:

If We Also Stop Bank Bullying, Then MorganStanleyGate Gets Resolved

The President & First Lady's efforts to put and end to bullying are laudable, and their support for this cause is articulated in their short video below:

By my asking them to get involved in The Worst Bank Foreclosure Fraud in U.S. History, I am respectfully requesting they apply these very same concepts to rectify an instance of egregious Bank Bullying.

And to think, all they would have to do is inquire about it -- for once an investigation commenced, MorganStanleyGate would suddenly experience swift resolution, and countless others would thus benefit.

It's really that simple.

Spencer C. Young
Posted by Spencer C Young at 2:51 AM No comments:

Efforts to bring the Worst Bank Foreclosure Fraud In U.S. History to the attention of President Obama and First Lady Michelle Obama continue. 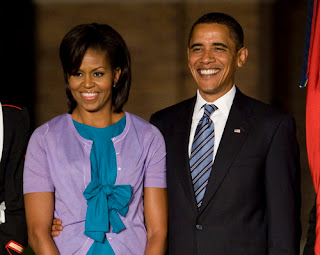 Throughout the White House blog is the following statement (and also reflected at the bottom of the message confirmation below): "President Obama is committed to creating the most open and accessible Administration in History."  With regard to the matter at hand, I would be forever grateful if the President made good on his commitment.
My follow up message to the President & First Lady on Dec.  20, 2011 pertains to the one originally sent on Dec. 3, 2011, and reads as follows:
See my blog entry titled: "A Plea to The President & First Lady -- PLEASE Inquire About The Worst Bank Foreclosure Fraud in US History"
The URL link is: http://www.morganstanleygate.com/2011/12/plea-to-president-first-lady-please.html
This warrants a response DIRECTLY from the President AND First Lady.  It is THAT significant and relevant to many.
Thank you.
Sincerely,
Spencer C. Young

Posted by Spencer C Young at 1:54 AM No comments: