Below is another instance of notification -- in fact, the THIRTY-THIRD KNOWN VICTIM . . . and there are obviously MANY more. 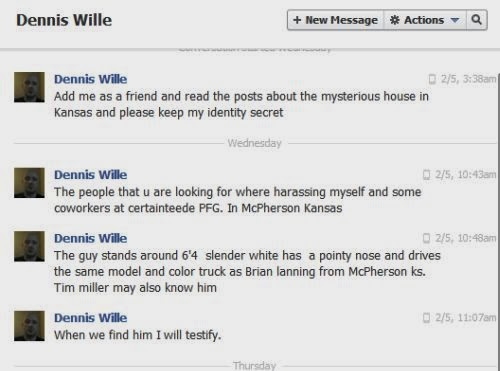 I know of 1 man that knows him and more than 1 that knew that he was hacking my cell phone and tablet to spy on me and he is now doing it to my wife.. That mans name is Brian lanning..  I have been getting death threats for more than 2 years and now my wife is getting death threats and followed when she is out by her self... I have had enough of this shit.

Posted by Spencer C Young at 11:38 PM No comments: