McGrady represents a clear and present danger to the public at large and is as much a monster as criminally corrupt counterpart, LaBarre.  It is imperative McGrady be extricated from his position and prosecuted to the fullest extent of the law, and be held civilly liable (along with Pinellas County) for his reprehensible misdeeds and bastardization of the public's trust . . . the same hold true for LaBarre and Durham County (NC).

The jailing and torture of innocent Americans for the self-aggrandizement and personal pecuniary gain of corrupt judges must NEVER be tolerated and precedent-setting examples MUST be made of those public officials who abuse their vested authorities under the "color of law".  McGrady and LaBarre are pernicious parasitic "monsters of society". 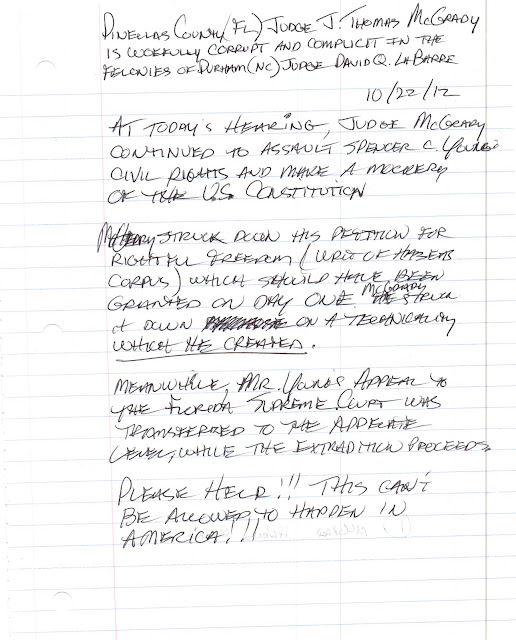 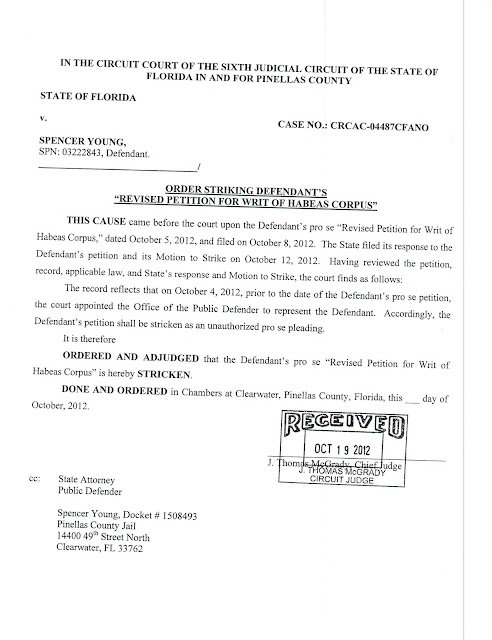 Posted by Spencer C Young at 12:39 PM No comments: