A lawsuit was filed against Leah R. Krier, the girlfriend of the notoriously corrupt North Carolina Judge David Q. LaBarre, for her complicit role in a variety of criminal and civil assaults, including the multiple felonies orchestrated by her boyfriend, Mr. LaBarre.  These include grand larceny, fraudulent conversion and auto theft, as well as malicious prosecution.

Mr. LaBarre has established a reputation of engaging in profound ethical violations and in participating in widespread felonies . . .  as though he is above the law.  Examples of his ethics violations include: (1) presiding over fraudulent cases involving his girlfriend; (2) issuing bogus ex parte orders to facilitate felonies; and (3) bullying vendors into criminal complicity with open-ended threats of prosecution, if they don't cooperate.  And his felonies are so extensive a 30-Page Criminal Indictment was required to explain them.

Reflected below is the Lawsuit Filed against Ms. Krier for the aforementioned instances of theft and malicious prosecution.   And as noted in the Civil Theft Letter from Orsini & Rose, attorneys for Mr. Young, treble damages of $825,000 are sought for the aforementioned instances of theft, while the damages for malicious prosecution are unspecified.  Notwithstanding, as Mr. LaBarre has been separately indicted at the Federal level in a "Color of Law" Civil Rights Lawsuit seeking damages of $254,000,000, it is contemplated Ms. Krier's associated liability will accordingly inure. 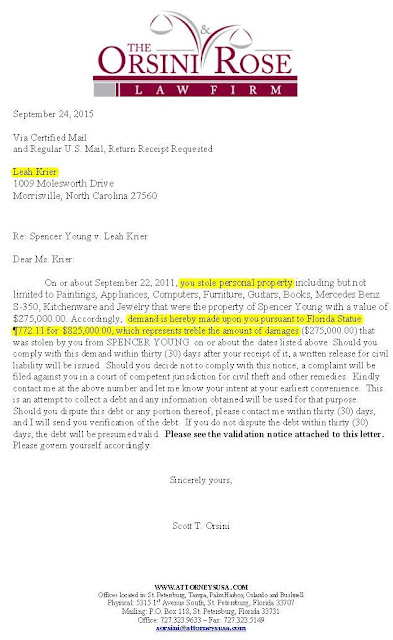 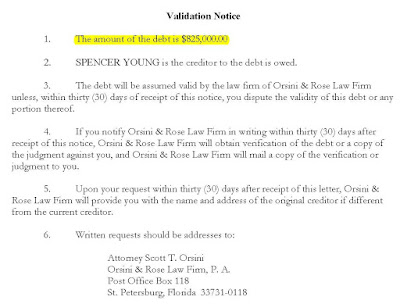 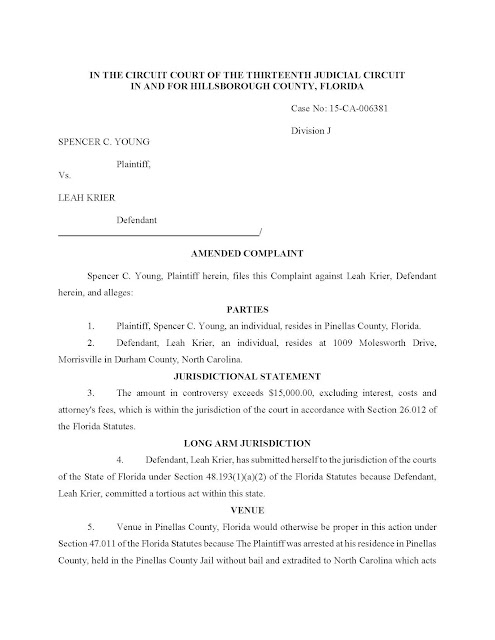 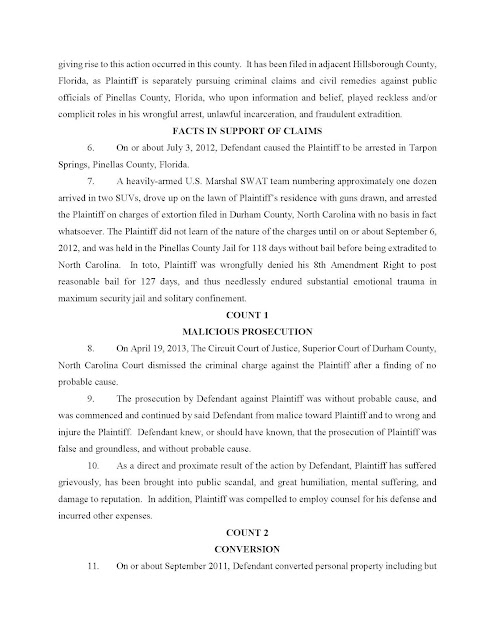 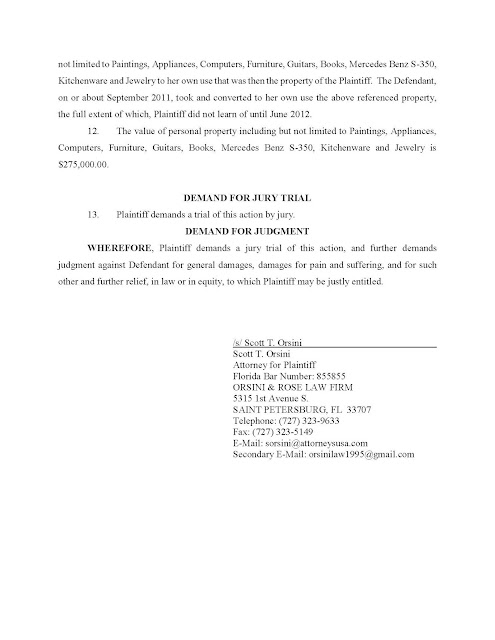 Posted by Spencer C Young at 2:35 PM No comments: