With regard to Svaty’s paternity fraud, the below document evidences JPMorgan Chase's response to the October 6, 2014 transmittal to its Board of Directors and Senior Management alerting them to Svaty's outrageous fraud and its relation to serving as a form of cover-up to the scandal known as MorganStanleyGate.  This letter is entirely nonsensical and non-responsive to the context of the October 6 communication, and in effect establishes JPMorgan's complicity in the grand larceny perpetrated by Svaty, and cover-up of the crimes of MorganStanleyGate. 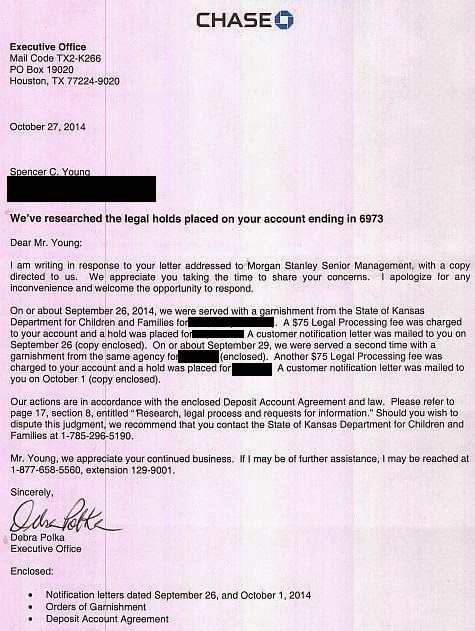 Posted by Spencer C Young at 12:32 AM No comments: