Facebook Board Of Directors Asked To Cease & Desist Acts Of Censorship . . .

. . . in separate Facebook messages to EACH of its nine members, EXCEPT for Erskine Bowles.  Predicated on evidence to date, Mr. Bowles was excluded because his of prominent role in the cover-up of MorganStanleyGate, which is driven in part by his association with Morgan Stanley (as a major stockholder, Board member, former employee [along with his wife Crandall] , and as a close long-time friend of former Morgan Stanley CEO John Mack)

Reflected below is the body of text in these messages, along with the hyperlink directing them to the particulars.

As a member of Facebook’s Board of Directors, I respectfully request this form of censorship to cease, as it appears to be aiding and abetting the cover-up of felonies . . .
http://www.morganstanleygate.com/2014/11/facebook-proven-to-be-engaging-in.html 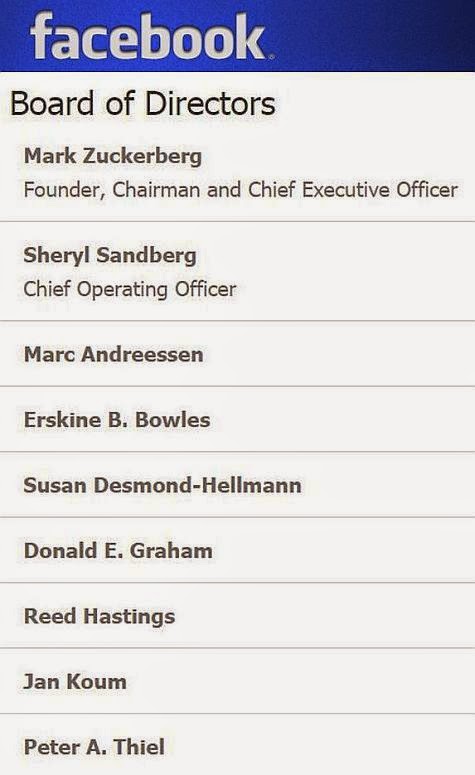 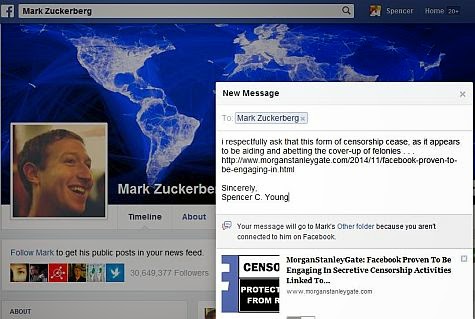 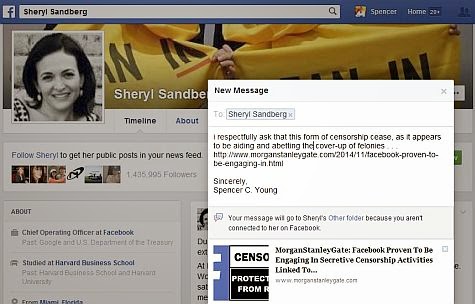 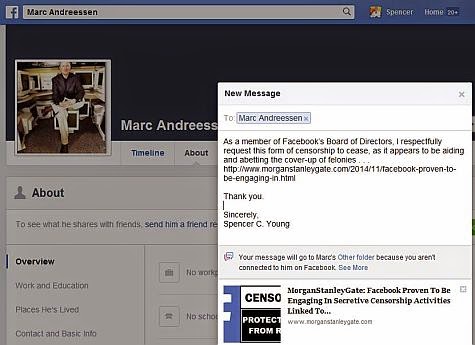 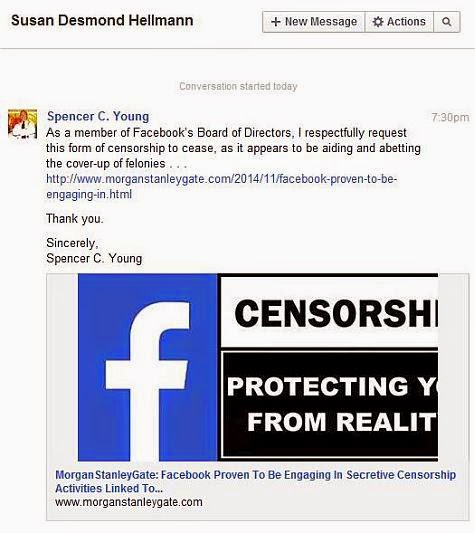 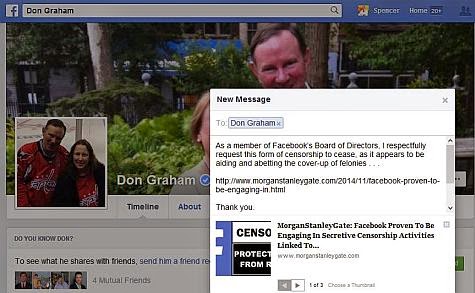 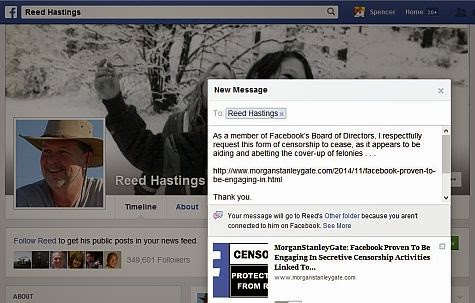 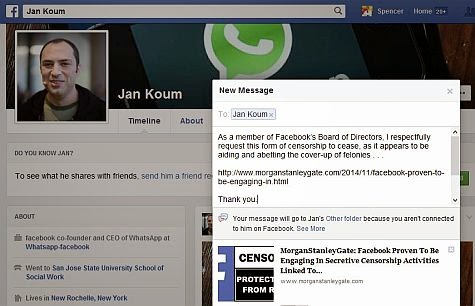 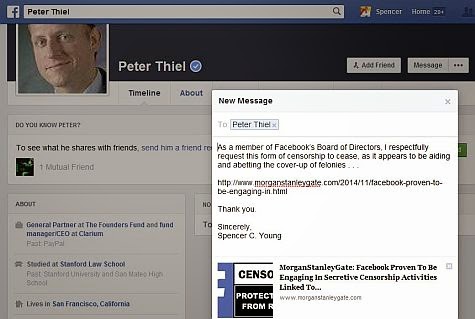 Posted by Spencer C Young at 10:00 PM No comments: