Yet as unbelievable as her story was in the movie Changeling, the SAME crimes were perpetrated in SAME manner 82 years later by the Orange County, North Carolina Sheriff's Dept. (OCS), and carried out against Spencer C. Young and his family -- PLUS the UNLAWFUL acts of the OCS were part of the final phase of The Worst Bank Foreclosure Fraud in U.S. History.  Accordingly, the crimes committed by the OCS have been coined "Sameling +" Crimes

A video documenting the Sameling + crimes has been produced and filed at the Federal and State level in a series of civil and criminal complaints against Orange County (NC) Sheriff Lindy Pendergrass, his right hand thug Major Charles Blackwood and others.  It can be accessed by clicking here.

The presentation slides from this video that summarize the parallels between these historical events are shown below, with the most tragic one being the loss of a young son from a loving parent.  And although Ms. Collins never saw her son again, Mr. Young will assuredly be reunited with his youngest son, Jackson once the truth behind the dastardly deeds of the OCS is exposed and widely known. 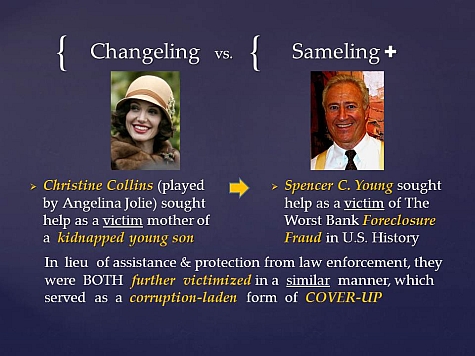 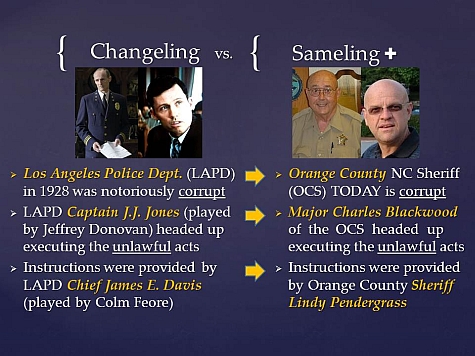 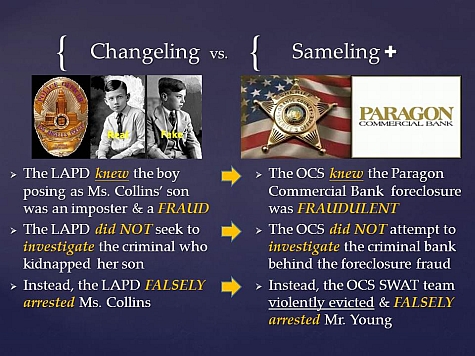 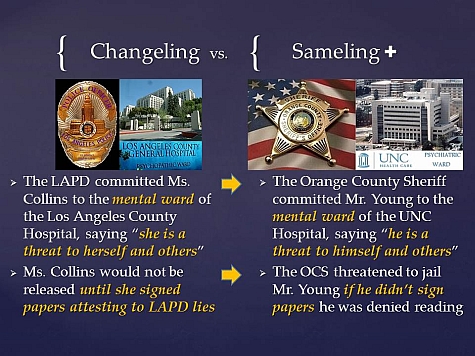 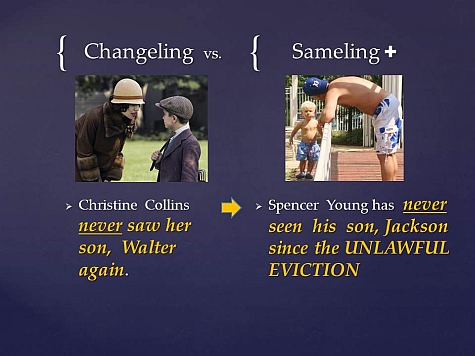 Posted by Spencer C Young at 12:50 AM No comments:

Seriously, what the hell is wrong with the people of the state of North Carolina?  Or is it just the "Triangle Region" of this state that has cornered the market in the practice of fraud, prevarication and the fine art of equivocation? 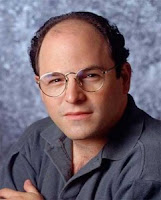 Everyone who relocates here or spends any meaningful amount of time visiting this region marvels at the astonishing level of mendaciousness that is part of everyday interactions.  In fact, the departure from reality is such a prevalent way of life there, most delude themselves by embracing TWO concepts.  The first one was made famous on the Seinfeld sitcom by its George Costanza character:

The second concept is reflected in the below cartoon, depicting a heady discussion with the ancient Greek philosopher, Aristotle. 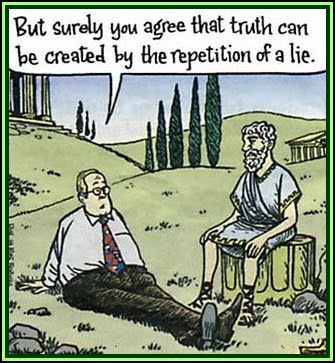 The Cover-Up of Police Corruption & Brutality

Reflected below are slides from a video presentation on disturbing instances of police corruption and brutality  in Orange County, North Carolina that is part of a series of criminal and civil complaints filed against those who head up this woefully corrupt organization of law enforcement.  These particular slides cover the bold faced lies this Orange County (NC) Sheriff's Dept. (specifically, Sheriff Lindy Pendergrass, Major Charles Blackwood and Deputy JC Clayton) propagated in collusion with a corrupt Magistrate (Gregory Stephens) and Court Clerk (James Stanford) and its remarkable parallels with a similar story that was made into a major motion picture -- to wit, Changeling, starring Angelina Jolie.

And the cover-up of this police corruption and brutality is made possible by local newspapers which abandoned journalistic integrity altogether with their decidedly libelous articles about Spencer C. Young, specifically: 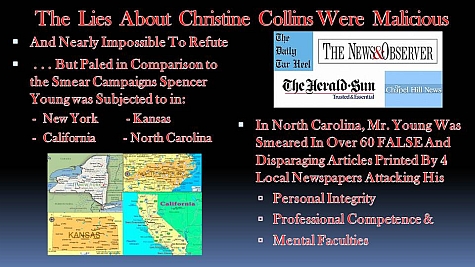 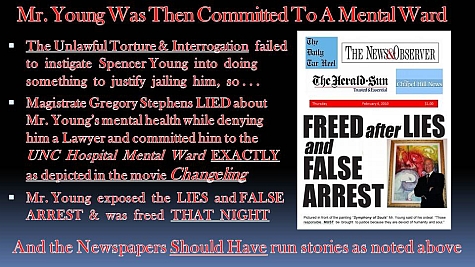 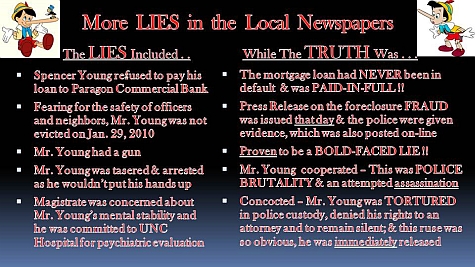 The full presentation can be accessed below:

Posted by Spencer C Young at 12:49 AM No comments: