Despite the highly compromised and financially tenuous position Mr. Young was orchestrated into, certain Judges (e.g., Donald Stephens and Carl Fox of Wake County) or Court Clerks (i.e., James Stanford of Orange County) oddly denied his motions for continuance in order to avail sufficient time to hire an attorney or even address the fact that he was being UNLAWFULLY prevented from engaging an attorney.  These corrupt men are a disgrace to humanity and have no business in the roles they each fill -- they each  represent a clear and present danger to the public.


Denial of Right to Legal Due Process
In each instance, Mr. Young recounted how one attorney after the other who was engaged, ended up resigning for unspecified or entirely spurious reasons. Moreover, Mr. Young waxed eloquent of his extensive discussions with many other prospective attorneys, which were also fruitless, because Mr. Young learned there were counterparties linked to Paragon Commercial Bank and Poyner & Spruill (the "Perpetrators") who were actively getting the word out that anyone who represented Mr. Young and his interests would suffer unspecified dire consequences. 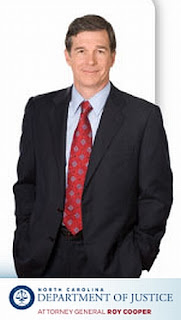 And what struck Mr. Young as especially odd, was while Paragon Commercial Bank aggressively pursued their FRAUDULENT foreclosures on his many North Carolina real estate investments, no assistance or guidance whatsoever was ever availed to Mr. Young concerning how to address or otherwise overcome the Perpetrator’s deliberate denial of Mr. Young’s rights to legal representation and due process. Moreover, the NC State Bar provided no assistance whatsoever, despite diligent attempts to engage their assistance through Luella Crane, who is the Director of Attorney/Client Assistance at the North Carolina State Bar. Mr. Young also received a disturbing run-around from the NC Dept of Justice, suggesting the level of corruption is downright scary.

Unintended Consequences
Importantly, Congress did NOT bail out Banks so they could defraud and persecute the taxpayers who bailed them out. Moreover, the corruption observed in this matter alone, suggests a threat to the integrity of the U.S. Justice System may exist.
Posted by Spencer C Young at 6:32 AM