This post contains the FIFTEEN independent sources that expose Ron L. Svaty as a hopelessly corrupt District Court Judge in rural Kansas.  He operates with brazen disregard for the U.S. Constitution and relevant operative other law as though he has been granted omnibus immunity.  He is mistaken - HE IS NOT ABOVE THE LAW.

The Kansas Paternity Fraud was concocted out of thin air and Svaty knowingly adjudicated this canard without authority, promulgating BOGUS orders from a court venue more than 1,000 miles away from residences of ANY of the parties in this charade.  Worse yet, he did so with the express intent to: (1) maliciously harass Spencer C. Young; (2) criminally deplete him of resources; and (3) eventually unlawfully incarcerate him for failing to pay a paternity claim that simply does not exist.

Even more outrageous is that Svaty's malicious actions were orchestrated on behalf of a multiple-felon in North Carolina (Leah Krier) who made off with over $200,000 of Spencer C. Young's property that was placed in storage after being victimized in the worst bank foreclosure fraud in U.S. History.

In addition to the glaring deliberate omission to confirm paternity through DNA testing (which Leah Krier refused to comply with), the relevant operative law is the Uniform Child Custody Jurisdiction and Enforcement Act ("UCCJEA"), which requires at least one parent and the child in question to have a permanent primary residence for at least six consecutive months.  During the relevant time period in this fraudulent paternity claim, KANSAS was NEVER a residence for ANY of the parties in this charade and to this end here are . .  .

Throughout the lifetime of the subject child, up to when this Paternity Fraud first surfaced in 2011, the "Relevant Time Period" (or "RTP") for applying UCCJEA, the following sources READILY PROVE an uninterrupted North Carolina residency for ALL relevant parties, namely: Leah Krier ("LK"); her son Jackson Krier ("JK"); and Spencer C. Young ("SCY").  Svaty was provided this information which he deliberately ignored:

These 15 Sources PROVE BEYOND ALL DOUBT THAT THIS IS PATERNITY FRAUD, and an instance of "Jurisdiction Shopping", which is specifically PROHIBITED by UCCJEA.  This has been  summarized in the FIRST slide below, and then followed by how the 15 Sources expose this as a BLATANT PATERNITY FRAUD: 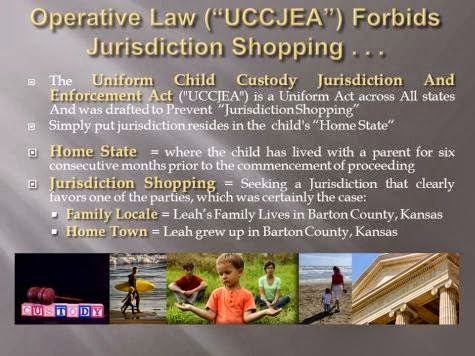 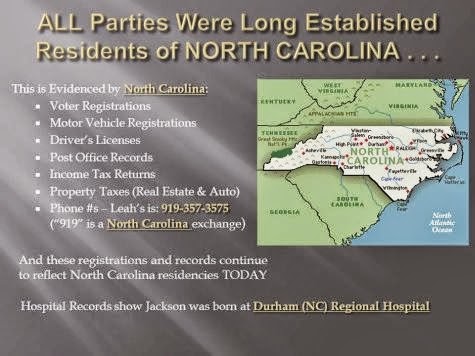 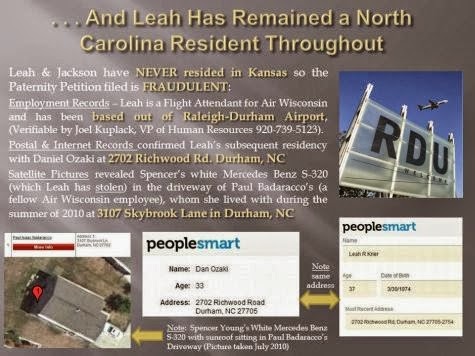 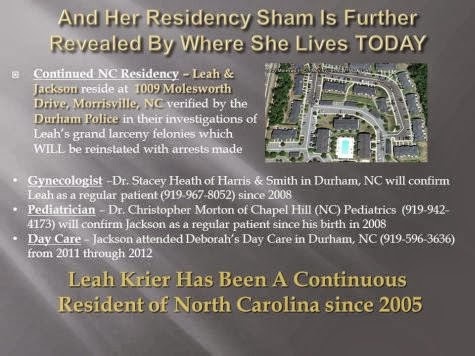 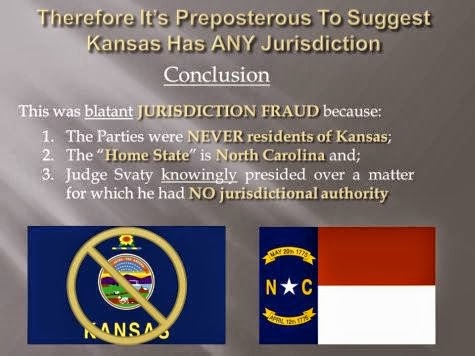