The below excerpt comes from the website "Truth Will Set You Free".


The poem "Still I Rise" by Maya Angelou celebrates perseverance in the face of wrongful oppression, and has been somewhat modified for the FRAUD-based travails of MorganStanleyGate.  It is also DIRECTLY applicable to the Occupy Movement.


From a parochial perspective, this is a message from Spencer C. Young, who loves and dearly misses his family which has been ripped apart by this scandal, and addressed to the esurient bankers, unethical attorneys and corrupt public officials who have played a role in it, with the promise of his unrelenting pursuit for justice.  Importantly, it is this spirit that lives in the hearts, minds and souls of those committed to the Occupy Movement. 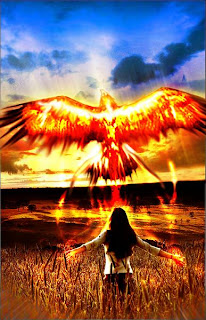 Still I Rise
You may write me off in history
With your bitter, twisted lies
You may trod me in the very dirt
But still, like dust, I’ll rise


Did you want to see me broken?
Bowed head and lowered eyes?
Shoulders falling down like teardrops
And weak from soulful cries?


You may shoot me with your tasers
And mustard spray my eyes
You may abuse me with your hatefulness
But still, like air, I’ll rise


Despite years of unrelenting shame – I rise
Up from GREED that caused this pain – I rise
For I’m now an angry ocean, leaping far and wide
Welling, swelling, quelling those within my tide