The following "Tip" was filed by Spencer C. Young with the FBI for investigation of what appears to be an identity theft ring electronically run out of a farmhouse in rural Kansas and linked to the MorganStanleyGate scandal, as noted below

The narrative submitted was as follows:


This reports an identity theft ring operating from a farmhouse in Potwin, Kansas, that has impacted me (in North Carolina) and four other people (e.g., in Texas and Pennsylvania). My victimization entailed anonymous threatening emails evidencing stalking, as well as threats and vicious slandering remarks to my loved ones (e.g., fiancee’, mother, sister). Details can be accessed at: http://tinyurl.com/7fj8lqc . 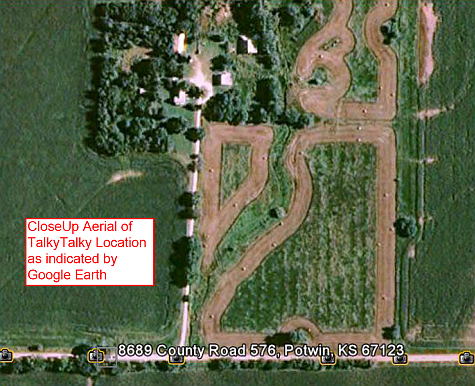 Others impacted had contacted me on their own volition, indicating they had been subjected to similar affronts, and we learned of each other because our separate investigations traced back to the SAME farmhouse. Details from the latest person to contact me can be accessed at http://tinyurl.com/7qwnya9 while particulars on the other three people who had earlier reached out to me are located at: http://tinyurl.com/7j3lxag .


As these URLs reference public blog posts, the identities and contact information for 3 of the 4 people have been removed, however, I can provide this information to your field agents for investigation. You will note one person chose to remain anonymous; however, I understand the FBI has the technology to tract this person down, based on the email address used.


While I can’t speak to the motivations behind the victimization of the others, I can say with complete certainty that my attack was a form of retaliation for exposing a massive bank scandal involving fraud, racketeering, extortion, sabotage, corruption and contract killings, a summary of which is accessible at http://twsyf.com.


Importantly, due to the magnitude of this scandal, this is being posted on-line and widely shared with the news media. I look forward to your prompt response. 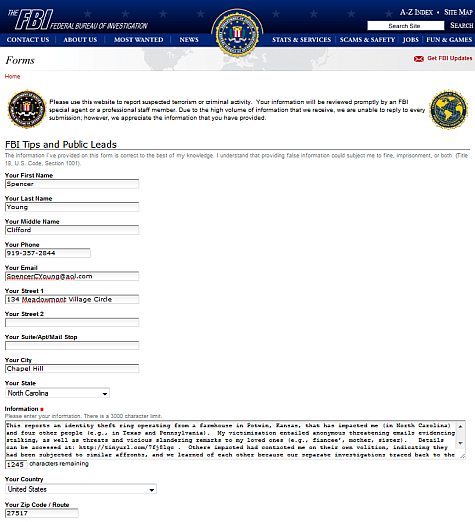