Evidencing a truly disturbing level of judicial corruption and outright disdain the U.S. Constitution, Pinellas County Judge Frank Quesada played a key initial role in jailing an innocent U.S. citizen (Spencer C. Young) on a charge literally made up out of thin air (and eventually dismissed as meritless).


The genesis of this false charge was intended to intimidate and cover up the extensive crimes (including FIVE episodes of Grand Larceny) of a criminally corrupt judge in North Carolina (David Q. LaBarre) and LaBarre's girlfriend (Leah R. Krier).  Making this matter even more disturbing, it was LaBarre and his long-time friend and colleague, Leon Stanback [then the acting Durham (NC) District Attorney], who concocted the bogus charge against Mr. Young.

It was Quesada who maliciously placed Mr. Young in solitary confinement in the maximum security bowels of Pinellas County Jail on what he knew to be FALSE charges, while Mr. Young's residence was ransacked in a desperate effort to destroy evidence of LaBarre's crimes. In that baseless and unlawful invasion of privacy, all of Mr. Young's computers were seized. [Update: these computers were effectively stolen, because three years later, they have still not been returned.]

Even more disturbing, it was yet another corrupt Pinellas County Judge (Philip Federico) who orchestrated this theft of computers and obstruction of justice in an attempt to destroy evidence of the crimes perpetrated by a North Carolina judge (i.e., LaBarre). This malicious act was in violation of the 4th Amendment to the U.S. Constitution which prohibits unreasonable searches and seizures and the issuance of search warrants without probable cause.  And that's not all -- it was later learned that the person pulling all the strings of judicial corruption in Pinellas County was then Chief Judge Thomas McGrady, who chose to not seek re-election as Federal "Color of Law" criminal charges were filed against him with the FBI and the U.S. Dept. of Justice.

Reflected below is the ethics complaint filed against Quesada, which proved a worthless effort, as the Florida Judicial Qualification Commission simply ignored it.  This notion of self-policing is an insult to one's intelligence and is the reason why judicial corruption is at epidemic levels today. 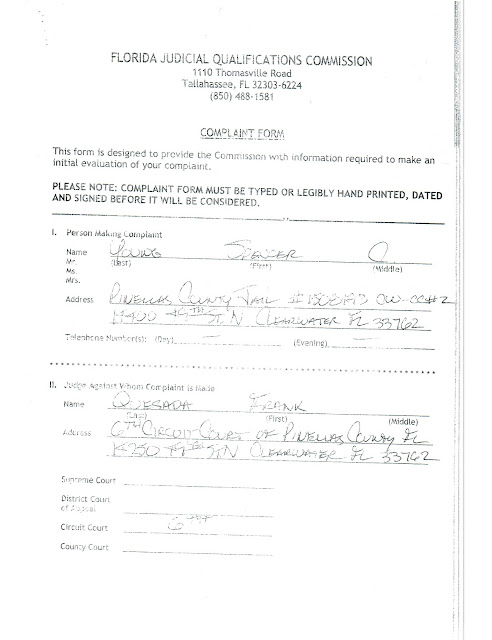 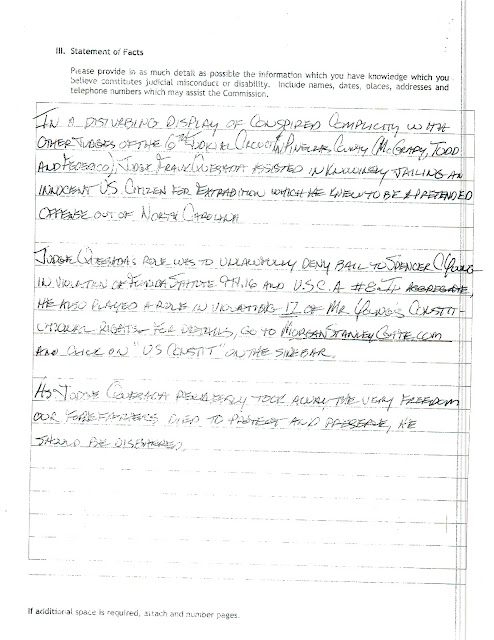 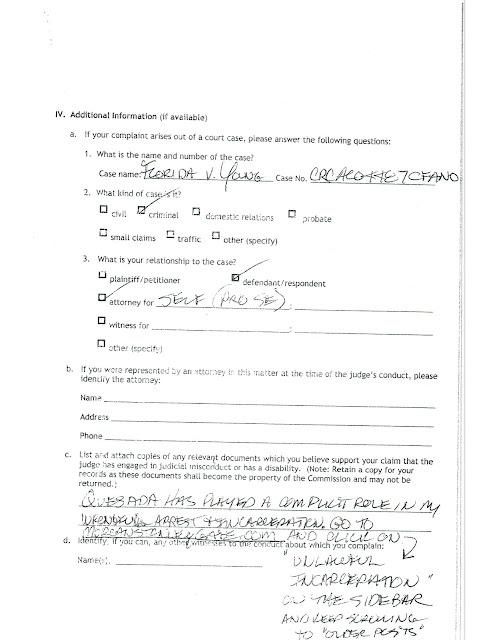 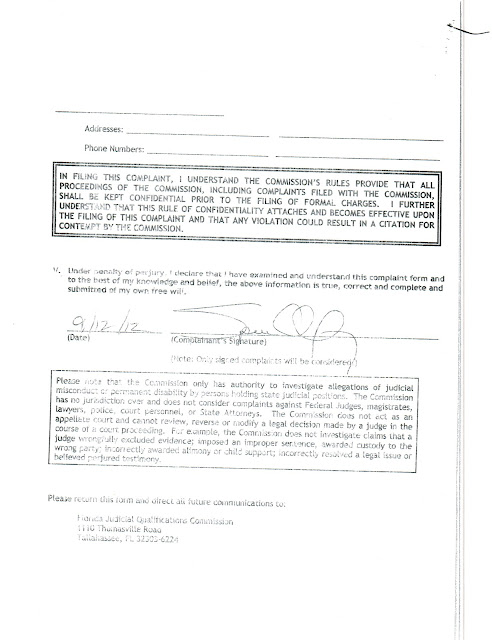