How 17 of Spencer C. Young's Constitutional Rights Were Violated

This court filing details instances where Spencer C. Young's constitutional rights were violated in his wrongful arrest and unlawful incarceration at Pinellas County Jail on charges that were dismissed as meritless . . . because they were fabricated out of thin air.  This is handwritten because Pinellas County Jail inmates are denied access to ANY and ALL computers.

This supplement to other pending motions was ignored by the presiding judge (J. Thomas McGrady), who was later indicted on Federal Color of Law Criminal Charges, as he played a pivotal role in this abomination. 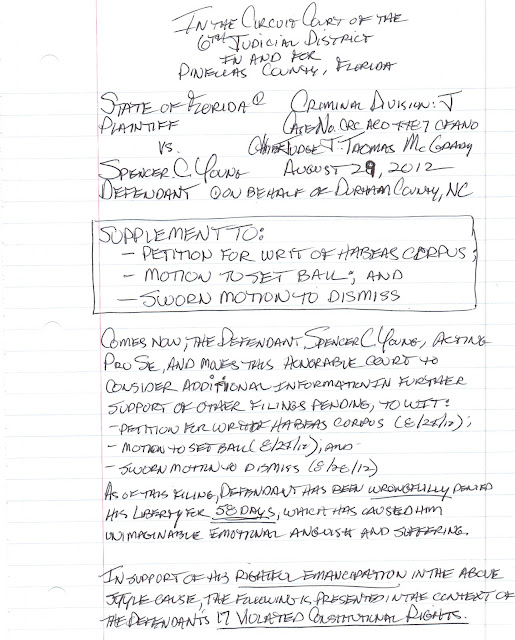 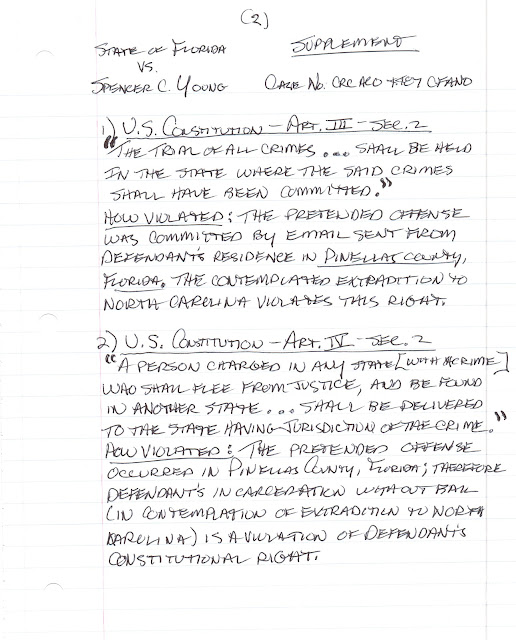 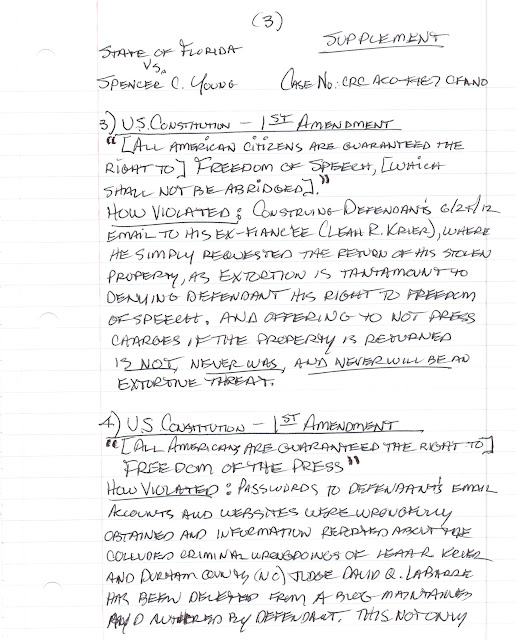 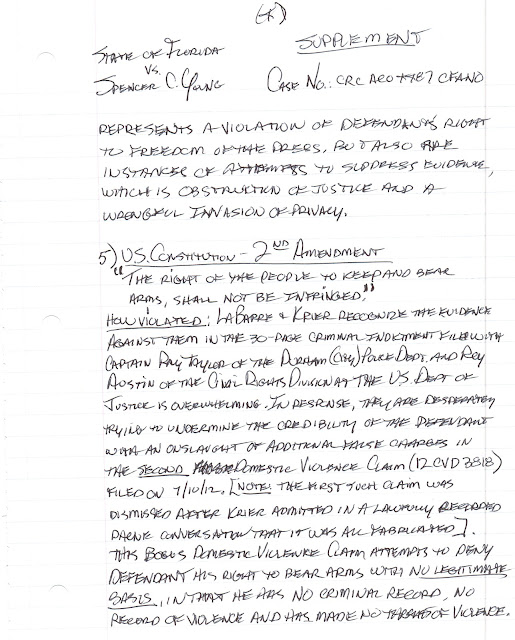 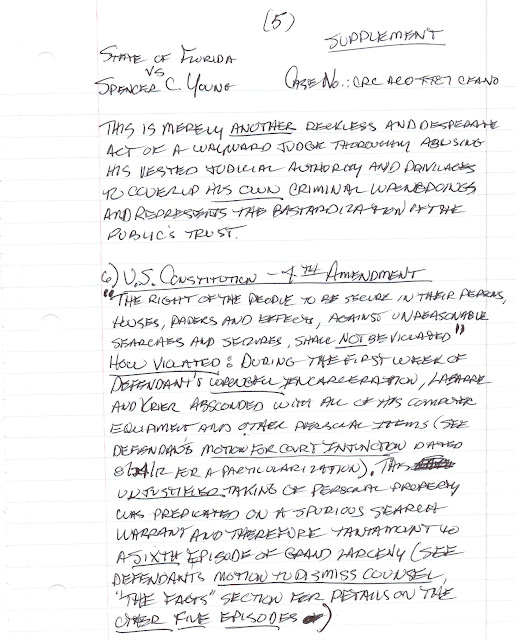 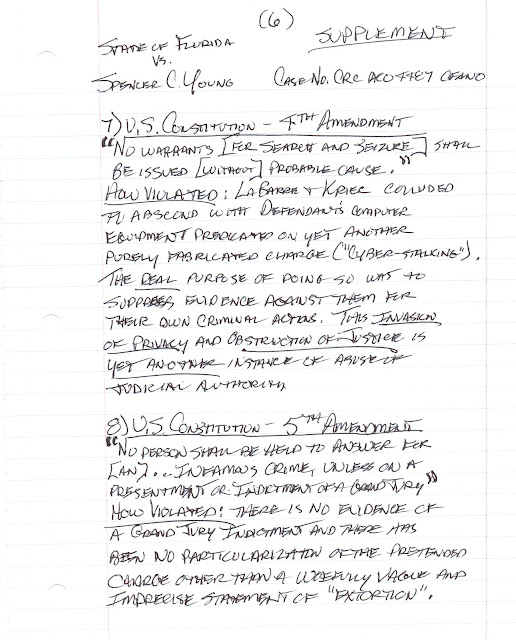 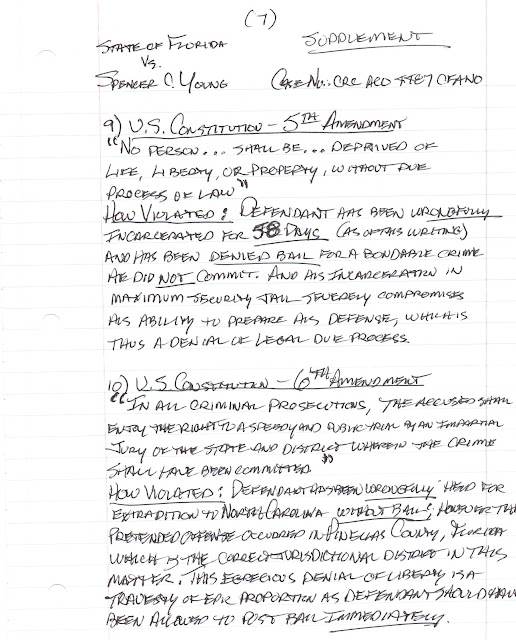 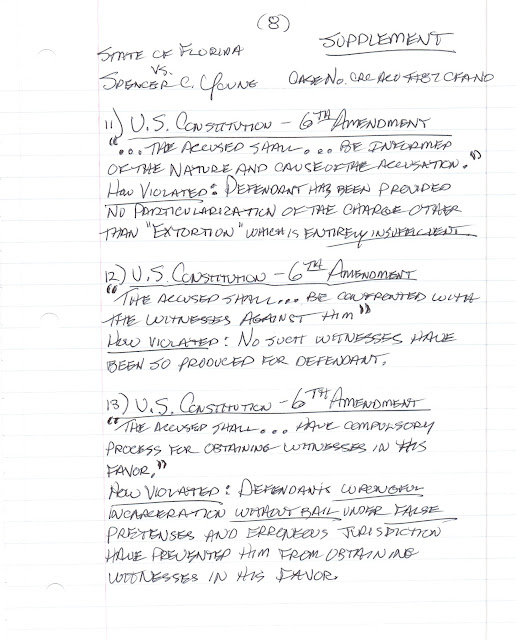 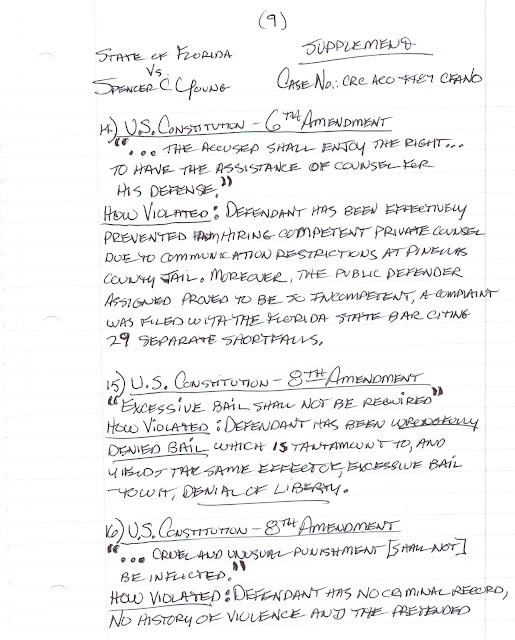 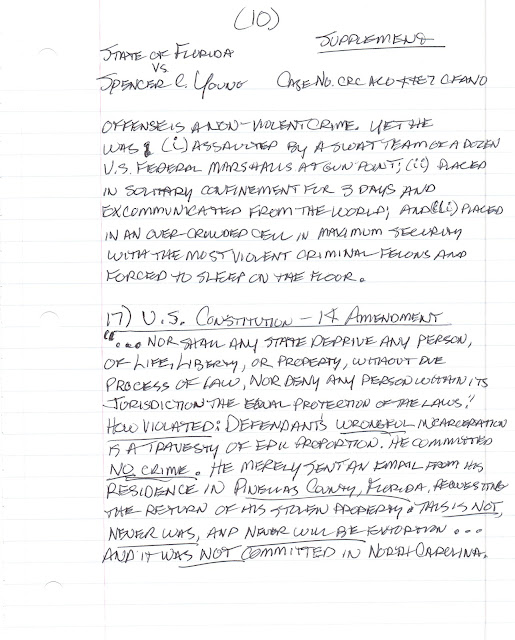 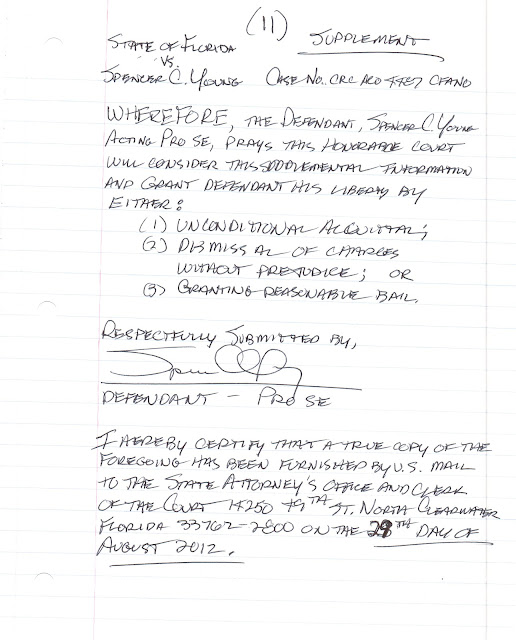