Reproduced below is the FRAUDULENT indictment of Spencer C. Young, which emanated from Durham County, North Carolina, and issued on September 4, 2012, which was:
This bombastic assault on the U.S. Constitution was predicated on charges made up out of thin air and orchestrated by a woefully corrupt Durham County (NC) District Attorney Leon Stanback in a desperate effort to cover-up the extensive felonies of his long-time friend and colleague David Q. LaBarre, Mr. LaBarre's girlfriend, Leah R. Krier and criminal others.

The charges contained in this BOGUS indictment were DISMISSED as MERITLESS . . . but not until Spencer C. Young had been incarcerated for 127 days in maximum security jail with the most violent of felons ! ! ! 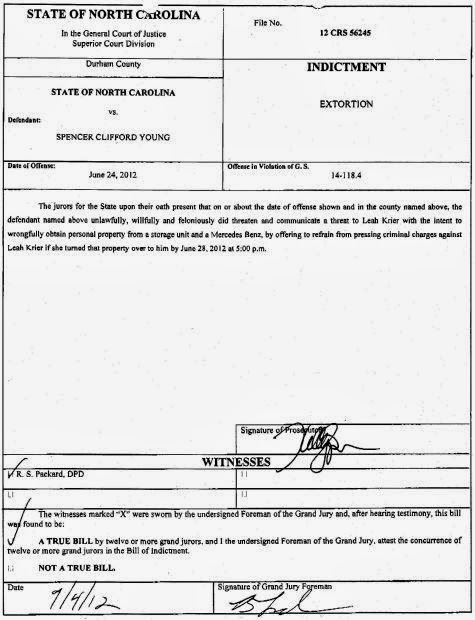