With regard to Ron L. Svaty’s paternity fraud, the below documents the denial of renewing Spencer C. Young's passport, as though he is a terrorist.  This is ironic because the REAL DOMESTIC TERRORIST is Ron L. Svaty, whose outlandish paternity fraud is the reason why this was denied by the U.S. State Department. 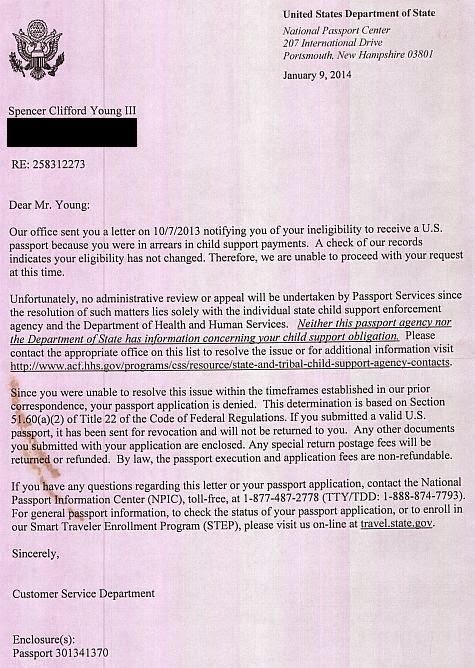