Definition of a Psychopath:  A person suffering from chronic mental disorder with profoundly abnormal anti-social behavior that is unstable and aggressive.  This person is typically devoid of a conscience and incapable of feeling empathy toward others.  Some observers refer to such person as a . . .
"monster"

Under the premise that Ron L. Svaty is indeed a psychopath, refer to Spencer C. Young's immediate response to an OUTRAGEOUSLY ASININE letter from Heather Smith, Secretary of the Kansas Commission on Judicial Qualifications, and dated Oct. 31, 2014 (reproduced below) -- both of which were emailed.

This only further confirms this self-policing arm of the Kansas Supreme Court to be a . . .

. . . and thus calls into question the integrity of Kansas Supreme Court.

IMPORTANT:  It should be noted that the efforts to cover up this ABSURD PATERNITY FRAUD have been extensive, and the careers of MANY Kansas public officials who have participated in perpetuating this fraud will most certainly end.. One such person destined to fall from grace is Bob Corkins, who actually directly conspired in this Paternity Fraud, when he was Chief Counsel of the Kansas Dept. of Children & Families. In fact, Mr. Corkins "promotion" to Director of the Office of Administrative Hearings was actually a desperate attempt to cover up Ron Svaty's CRIMINAL FRAUD. How? He dismissed the appeal on spurious grounds to investigate Svaty's fraud so the evidence would not be distributed to others.

Mr. Corkins was also named in the Federal Color of Law Criminal Indictment with progenitor partner in crime, Ron L. Svaty, which was originally filed on May 30, 2014. 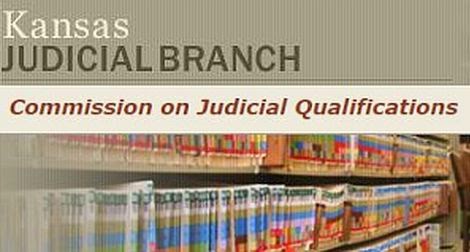 With copies to
KS Governor Sam Brownback
KS Lt. Governor Jeff Colyer
KS Attorney General Derek Schmidt
KS Board of Discipline Chair Patricia Dengler
KS Office of Admin Hearings Bob Corkins
KS Human Rights Commission Ruth Glover
KS Judicial Council (All members)
KS Office of US Marshal Craig A. Beam
KS Secretary of State Kris Kobach
You are UNLAWFULLY protecting and covering up the CRIMINAL ACTS of a woefully CORRUPT Judge, and your reply (reproduced below) is preposterous in that:
The State of Kansas Commission on Judicial Qualifications is a SHAM, and your nonsensical response is empirical evidence that the notion of self-policing is an insult to one's intelligence and confirms the KCJQ as the representative essence of kakistocracy.  It should be dismantled for having grossly violated the public's trust.

On Notice:  You (the KCJC and the others copied on this email) are willfully complicit in the cover-up of felonies across state lines that include: fraud, racketeering, extortion, sabotage, corruption and assassinations that have been sponsored by Morgan Stanley and all due recourse will be sought against EACH corrupt Kansas public official that has been party to this bombastic charade.

As an investment banker at JPMorgan and Morgan Stanley, I had clients in nearly every state of the US, and I once perceived those in the midwest as honest, "salt of the earth" people.  You and MANY others in the state of Kanas, have proven to be stark exceptions, as I honestly believe those in this God-forsaken state are just a profoundly incompetent pack of liars.  Is there something in your water that causes this?

Thus it came as no surprise that your former Governor (Kathleen Sebelius (also pictured below, before and after her firing), who actually appointed "Psychopath Svaty") eventually turned out to be "the most incompetent Cabinet Member EVER". with her colossal bungling of the Obamacare website launch.

I  DEMAND THAT RON L. SVATY BE REMOVED AND DISBARRED !  STOP THIS REPREHENSIBLE SUB-HUMAN MONSTER NOW ! 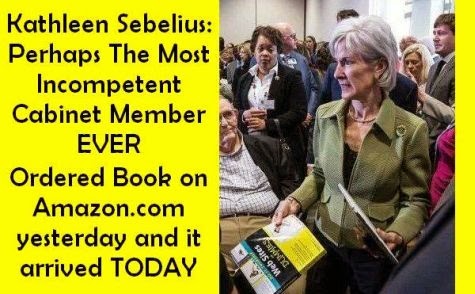