Reproduced below was Exhibit III - Evidence of Denial of Due Process  to the January 29, 2010 notice sent to Senior NC Government Officials and Federal Officials seeking their assistance in averting the last and potentially deadly phase of The Worst Bank Foreclosure Fraud in US History on a mortgage that was:
Note:  This evidenced overwhelming corruption and complete denial of the constitutional right to legal due process.  And because Mr. Young was denied his right to legal representation, the fraudulent foreclosures proceeded UNCONTESTED !!
#    #    #    #    #

Until recently, Spencer Young (“Young”) NEVER had difficulties engaging legal counsel on any matter, and had often been represented by some of the top law firms and attorneys in their fields and locale (e.g., Cadwalader / Dechert / Thacher Profitt / Hahn & Hessen, as creditor), and over a span of 22 years, his real state attorneys never resigned from an engagement.  Moreover, when he began investing in North Carolina, the top NC law firms actively sought his business, and he ended up engaging Womble Carlyle to acquire each of the income producing properties. 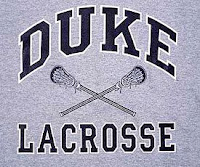 And when Young needed to swiftly engage criminal defense counsel to protect his oldest son from indictment in the Duke Lacrosse Scandal, former NC Supreme Court Judge Burley Mitchell assisted him in finding and engaging Kyle Hall, who was the ONLY defense counsel representing a player entitled to present exculpatory evidence to then DA Mike Nifong BEFORE the grand jury indictments were handed down.
With this background as context, peruse the table below, which summarizes Young’s recent efforts to engage local legal counsel at the time when Paragon began exhibiting a dichotomous change in their behavior.
Widespread Corruption and Denial of Due Process is obvious here.
Posted by Spencer C Young at 1:10 AM