This was the Perpetrators section of the January 29, 2010 notice sent to Senior NC Government Officials and Federal Officials seeking their assistance in averting the last, most devastating and potentially deadly phase of The Worst Bank Foreclosure Fraud in US History on a mortgage that was: 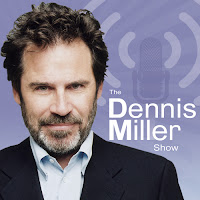 Note:  Certain locutions in this section were inspired by the trademark comedic diatribes of Dennis Miller, for if the impact of these criminal acts weren’t so serious and devastating, the absurdity of their actions would otherwise be hilarious.
#    #    #

Note:  The links to the below noted exhibits are pending and will be incorporated soon.


The criminal activities involved in what was the pièce de résistance of The Worst Bank Foreclosure Fraud in US History in that it was blatantly fraudulent, patently illegal and made a mockery of the U.S. Declaration of Independence, the US Constitution and specifically the Bill of Rights.  The malicious acts were directed by:  Robert C. (“Bob”) Hatley, CEO of Paragon Commercial Bank at the behest of Morgan Stanley, as part of the cover-up effort for the MorganStanleyGate scandal.

. . . and principally executed by:


As you will discern from the details of this indictment, and the accompanying evidence, Bob Hatley’s behavior matches up well with that of a megalomaniacal bully, whose disturbing directives have been principally executed by an assistant best described as a toadying homunculus (that being Jim Hoose), along with Dan Cahill and David Warren, arguably the “Charles Ng and Leonard Lake” among attorneys in North Carolina.  But these are just my opinions – I could be wrong.

Also complicit in this criminal fraud are: Matt Davis, who committed perjury on behalf of Paragon Commercial Bank in its official response to the complaints filed with the FDIC and the North Carolina Banking Commission (evidenced in Exhibit IV ); and Martin Borden, who for many years served as my day-to-day relationship Banker and trusted advisor, and whose betrayal of trust would make Judas Iscariot proud. (Refer to Exhibit V for why I draw this parallel).

The collective actions of this iniquitous group reveal themselves to be deceitful, unethical, esurient and seemingly devoid of a conscience or sense of humanity – in short, they are AS EVIL, AS EVIL CAN BE.

And this heartless crew will continue to bully others, only to become more brazen over time . . . that is, until someone decides to fight back . . . and that someone should be ALL of us . . . collectively and with vigor.  It’s time we put these bullying mavens of minacity on the other side of the table and ask: “Have you ever been this long overdue for an opening of a can of whoop-ass, as you are right now?”

More about these evildoers can be found in Exhibit VI, along with photomontages and background information on many of the innocent people victimized by these monsters, further accentuating this as a clear-cut case of GOOD versus EVIL – and as described herein, their premeditated malevolent acts constitute an “Assault”.
Posted by Spencer C Young at 5:50 PM