During the UNLAWFUL incarceration of Spencer C. Young on entirely FABRICATED charges that were made up OUT OF THIN AIR (and later dismissed as such) by corrupt Durham North Carolina District Attorney Leon Stanback in an diabolical effort to cover-up the multiple FELONIES of North Carolina Judge David Q. LaBarre and his girlfriend (Leah R. Krier), he was denied access to any computers and also UNLAWFULLY denied legal counsel.
As a result, Mr. Young had to handwrite messages to be posted on-line or otherwise disseminated by email through a private investigator he had hired. These handwritten messages were secretly handed off during visits by his private investigator, who would then upload these documents to this website and mail (electronic and/or regular) out copies to a variety of others, as directed, with the ultimate goal of securing Mr. Young his rightful freedom.  One such document is reflected below. In this case, due to the gravitas and urgency of the situation, he asked his private investigator to type it up, so it would be easily read.


The urgency and seriousness of this matter cannot be overstated and therefore it has been emailed to virtually EVERY person I know of, including the senior public officials in a position to intervene and help along with the vested authority to do so,in particular:


Hyperlinks to the documents referenced in the below letter: 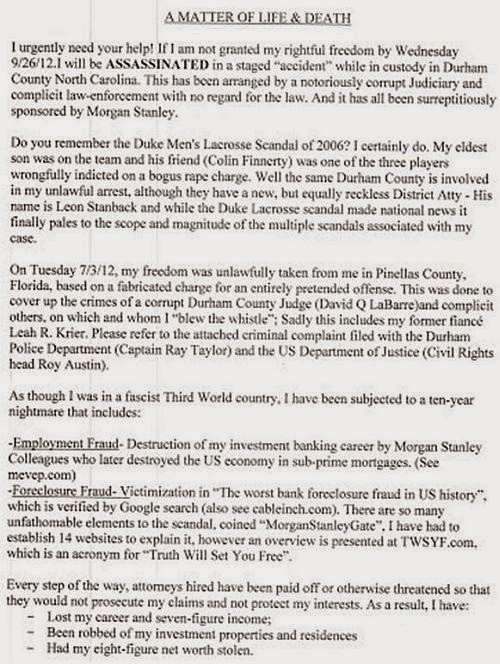 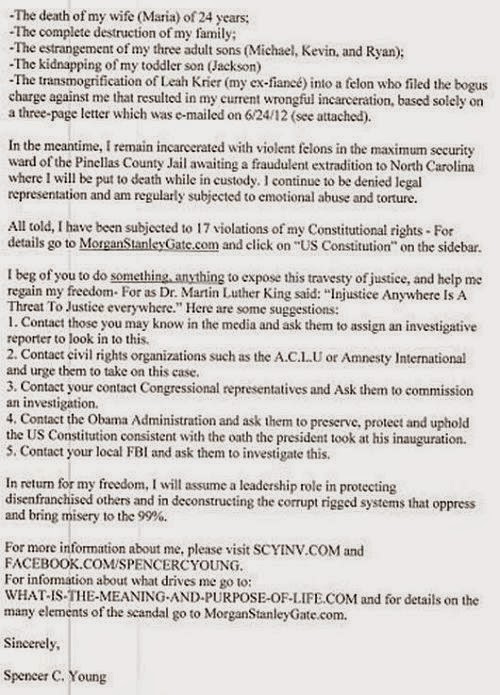