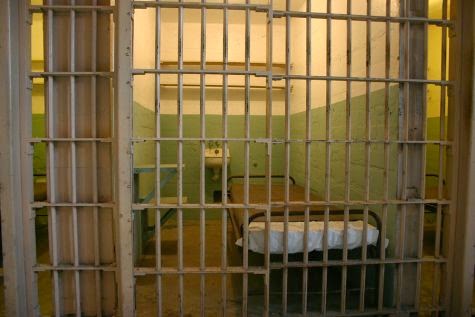 The below transmittal was drafted and delivered to the Detention Investigation Unit ("DIU") of the Pinellas County Jail during the UNLAWFUL, FRAUDULENT and BASELESS 127 Day Incarceration of Spencer C. Young on felony charges fabricated out of thin air (by corrupt Durham District Attorney, Leon Stanback) as part of the cover-up of multiple felonies perpetrated by a woefully corrupt Durham County (NC) judge (David Q. LaBarre) and his  girlfriend (Leah R. Krier) -- these charges were later dismissed as MERITLESS and those responsible for this travesty MUST be held accountable, as it is painfully clear that . . .

Mr. Young should have NEVER spent a single day in jail.

This reprehensible abuse of authority by public officials should NEVER be allowed to occur in the United States of America, as condoning such an egregious assault on civil rights and liberties is tantamount to endorsing the tearing up of the U.S. Constitution, which literally hundreds of thousands of Americans have died protecting and defending throughout our history as a sovereign nation.

This document was handwritten because inmates at Pinellas County Jail are not allowed access to computers, which is really just a way of covering up the horrors that play out each day in that God-forsaken hell-hole.

The DIU is represented to be an advocacy group looking out for the best interests of inmates at Pinellas County Jail, when in effect its purpose is the polar opposite.  This is simply a group of amoral thugs tasked to keep the civil rights violations perpetrated with reckless abandon a deep, dark secret. 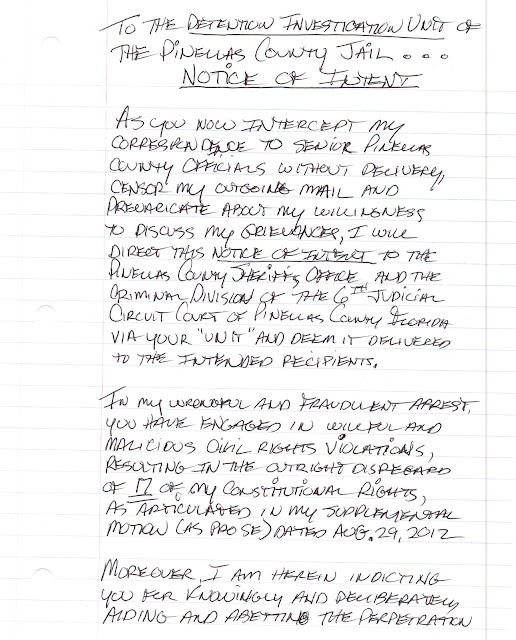 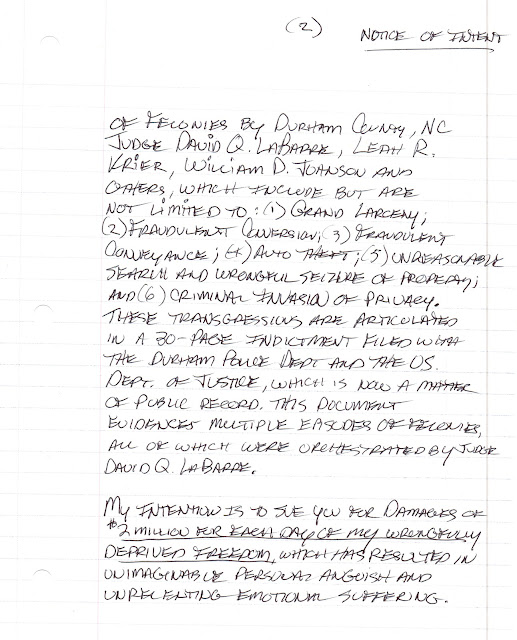 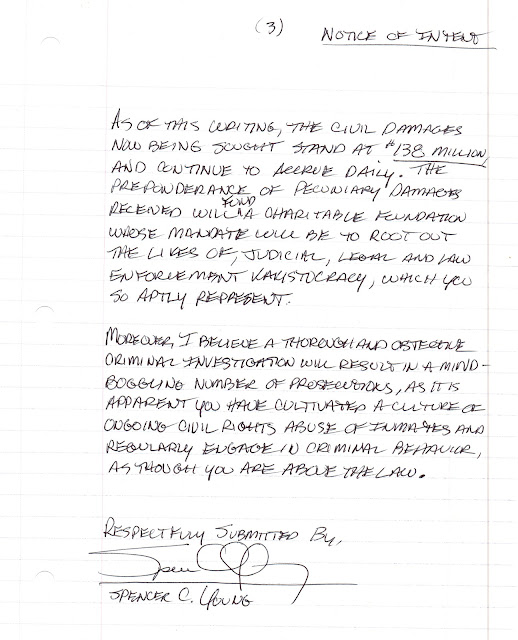