The document below was handwritten on October 24, 2012 during Spencer C Young’s UNLAWFUL incarceration and uploaded by a friend.  It reads as follows:

"Governor Bev Perdue has committed perjury which states Spencer C. Young was bodily present in North Carolina on June 24, 2012, committed extortion and then fled the state.  She’s been provided evidence to prove these are ALL BOLDFACE LIES. This makes her criminally complicit in the felonies of corrupt [Durham County] judge David Q LaBarre, as my unlawful extradition is solely intended to cover-up this wrongdoing. 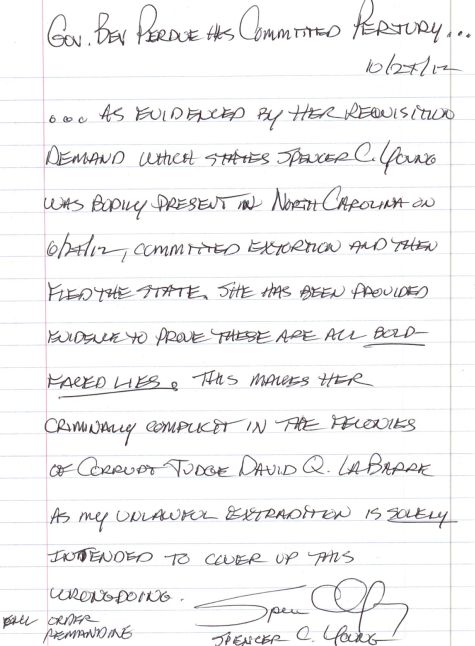 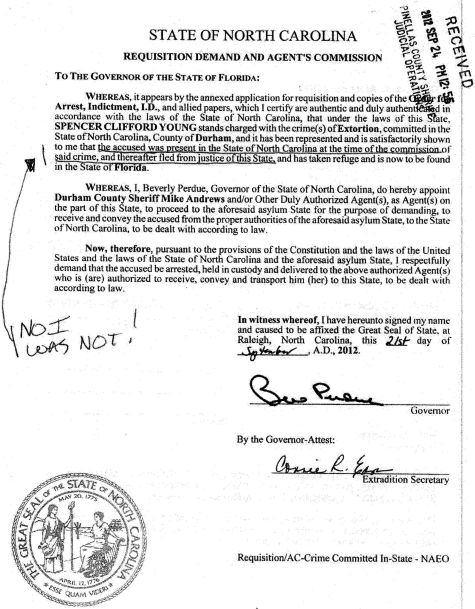 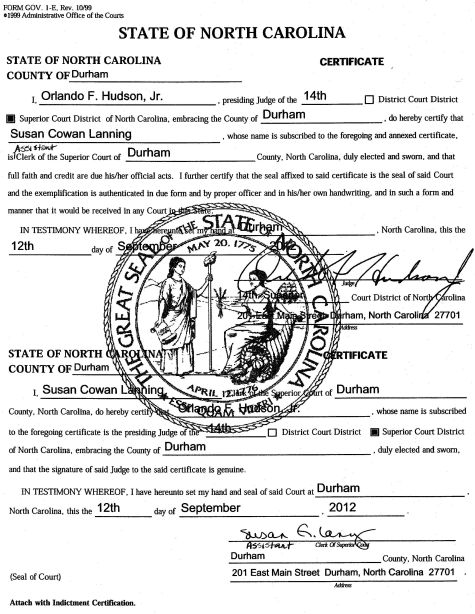