The below letter was written during the UNLAWFUL CAPTIVITY of Spencer C. Young just prior to his FRAUDULENT EXTRADITION from Florida to North Carolina.  It was scanned and emailed to Florida Governor Rick Scott and North Carolina Governor Bev Perdue by the Private Investigator Mr. Young had hired.  Governor Perdue knowingly committed perjury in her patently FRAUDULENT Extradition Request in saying Mr. Young was in North Carolina when the entirely FABRICATED charge (which was later dismissed as meritless) was said to be perpetrated.  In other words . . .

NC Gov.Perdue KNOWINGLY LIED &
FL Gov. Scott endorsed what he KNEW to be a LIE!

These are CRIMINAL ACTS by public officials who each took oaths to uphold and defend the US Constitution, and DELIBERATELY did the opposite.

The questions posed say it all: "Seriously, what is wrong with you people?  How is it remotely possible that you could allow an innocent U.S. citizen be arrested to cover-up the criminal wrongdoings of a wayward North Carolina judge, David Q. LaBarre.  He finished it with . . . "Stop this absurd extradition and grant me my rightful freedom !"

Evidencing kakistocracy at its essence, this communique and the numerous others were simply ignored, evidencing CRIMINAL complicity in the cover up of the multiple felonies of a corrupt North Carolina judge (David. Q. LaBarre) and his girlfriend (Leah R. Krier), and participation in civil rights violations in Durham DA Leon Stanback's CORRUPT  orchestration of Mr. Young's BOGUS ARREST and UNLAWFUL INCARCERATION.


Conclusion:  Governors Rick Scott and Bev Perdue are just as much CRIMINALS, as Messrs. LaBarre and Stanback and Ms. Krier. 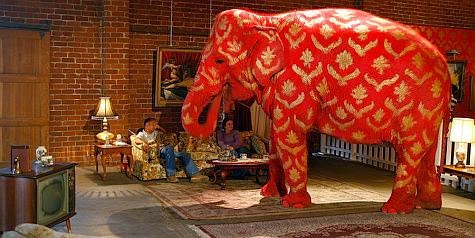 The Elephant in the Room is this:  Why did those copied (who also received numerous other communiques) also remain silent? 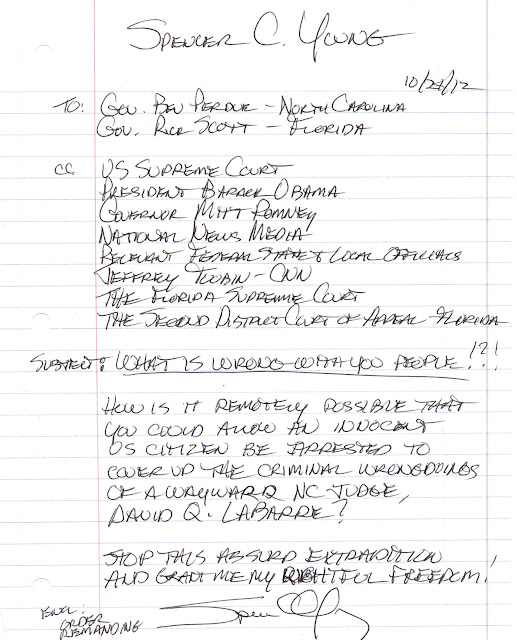 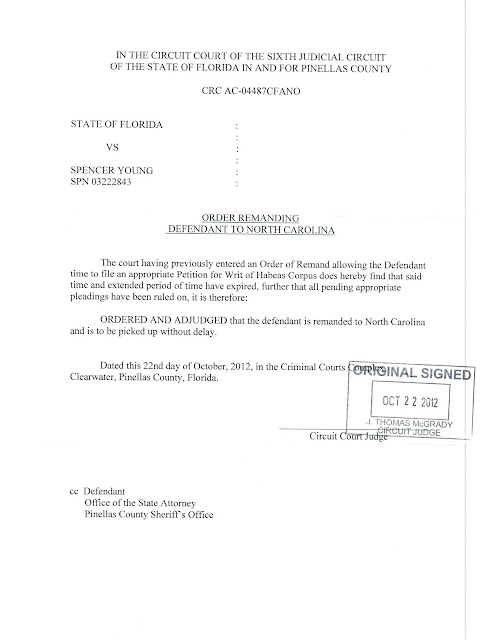