Durham County Is A Broken Municipality: For How Else Can Three Simple Objectives Be So Elusive? . . .

Three Simple Objectives
Under normal circumstances, achievement of the following objectives would have been a fait accompli long ago, to wit:

Durham:  A Broken Municipality
There is nothing normal about Durham County (NC), in fact it is so overrun by fraud and corruption, it's likened to a "den of thieves operating in a world of denied reality".  Accordingly, Durham is a "broken municipality", which is further evidenced by its two prior District Attorneys (Mike Nifong and Tracey Cline) having to be removed in disgrace . . . and it now looks like Durham is en route to realizing its TRIFECTA in District Attorneys falling from grace, as Mr. Stanback's wrongdoings are more egregious and disturbing than the misdeeds of Nifong and Cline COMBINED.

The Link to MorganStanleyGate
Mr. Young's stolen property was involuntarily placed into storage after he was victimized in the worst bank foreclosure fraud in US history, and the thefts were subsequently carried out at those storage facilities.  The bank foreclosure fraud in North Carolina was executed by Paragon Commercial Bank and Wachovia Bank and instigated by Morgan Stanley in an effort to cover up its widespread involvement in criminal activities, or MorganStanleyGate. 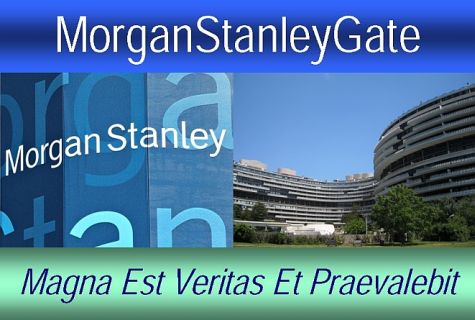