Request for Dismissal & Investigation, Movie/Book Deal in the Works and Betrayal by Ekstrand & Ekstrand

The below emails were exchanged on Friday May 3rd with the Office of Durham Chief District Court Judge Marcia Morey, and are noteworthy as follows:

This is an UNBELIEVABLE, but TRUE Story that MUST be Told

How convenient -- please indicate the name of the "conference" Judge Morey is purportedly attending this afternoon.  In addition, please forward my request for dismissal and investigation ASAP to:


Public Defender's Office Now Unresponsive
This charade needs to stop, and know that Lawrence Campbell and Antoinette Hilliard have been unresponsive and entirely uncooperative.  It is quite obvious they have intentionally failed to faithfully carry out the responsibilities of the Durham Public Defender's Office . . . for it would otherwise be impossible for SIX consecutive public defenders to fail so fantastically.

Treacherous Betrayal
Sadly, I would also like to point out that Bob Ekstrand and Samantha Ekstrand of Ekstrand & Ekstrand (who have been involved all along and copied on ALL related correspondence) were very much part of this insidious FRAUD, and played an instrumental role in this effort to "set me up" by luring my attendance at these entirely BOGUS hearings, so that my ability to defend myself would be decidedly compromised and effectively defenseless -- the plan was to jail me (on more concocted nonsense) if I showed up at this May 6 hearing.

Throughout this subterfuge, they pretended to be diligently working on my behalf to facilitate a resolution (e.g., assurances that they had negotiated a dismissal of ALL 3 FABRICATED charges), together with false assurances that they would take on my case (and associated civil claims), or otherwise engage someone who would.  They then abruptly went incommunicado and have abandoned me altogether.  This is deceitful treachery at its very worst, and suggests a profound lack of judicial and legal integrity is endemic to Durham and likely the surrounding Triangle area. 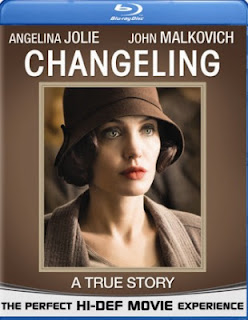 I have entered into an agreement with a prominent author, screen-writer and documentary producer to expose this BOMBASTIC FRAUD . . .  as it is far more incredulous TRUE STORY than Changeling, starring Angelina Jolie and John Malkovich, and because it has oppressed MANY MORE PEOPLE.

Moreover, since it is directly linked to "the worst bank foreclosure fraud in US history" (go ahead and Google it) and other banking abuses, tens of millions of people will be able to relate to this travesty in some way.