With regard to Svaty’s paternity fraud, the below document evidences yet another form of fraud instigated by Svaty, in that: (1) he unlawfully garnished my bank account; (2) although JPMorgan Chase was provided evidence of Svaty’s felonies in his paternity fraud, they paid the bogus claim and caused an overdraft balance; and (3) In addition to acting as an accessory to felony theft, Chase has been audaciously harassing me to pay the bogus overdraft amount, and the below Jan. 6, 2015 notice is one such example.

Folks, you just can’t make this stuff up. 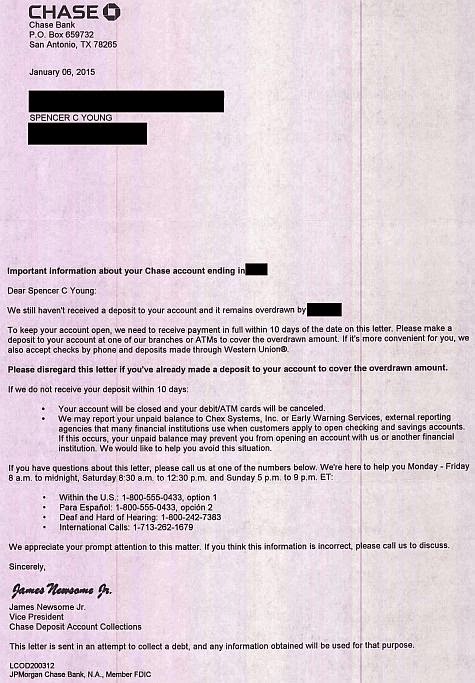