Durham COVER-UP: Judge David Q. LaBarre And His Girlfriend, Leah R. Krier, are NOT Above The Law

As evidenced in the emails below, the efforts to COVER-UP the CRIMES of CORRUPT Durham County Judge David Q. LaBarre are increasingly OBVIOUS and BEYOND ABSURD.  These also provide insight into how profoundly CORRUPT this county in North Carolina is.  There can be no other explanation for the now absolutely RIDICULOUS behavior of so many in Durham County.  And this particular CIRCUS was set in motion by Mr. LaBarre.

Evidence of Cowardice
As of this posting, this particular FRAUD, in a LONG string of other related FRAUDS, is IN PROCESS, and consistent with FRAUDSTERS caught in the act, NO one involved in this CHARADE is answering their phone, nor responding to the mounting evidence and damning allegations.

The CRIMES of LaBarre & His Girlfriend
It is remarkable to fathom that a "retired" Durham County Superior Court Judge (David Q. LaBarre) could brazenly engage in extensive FELONIES over a six-month period, for the benefit of a woman half his age, with whom he's been carrying on an affair (they are pictured together below).  And in violation of North Carolina's Judicial Ethics Standards, LaBarre did so by presiding over a FABRICATED case that HE master-minded, so that he could secretly issue BOGUS orders to facilitate the theft of property involuntarily placed into storage after the worst bank foreclosure fraud in U.S. history.

The Embodiment of Evil
And when LaBarre and his girlfriend were exposed, but availed an opportunity to avoid criminal prosecution, what did he do?  He ABUSED his judicial authority, wasted hundreds of thousands of taxpayer dollars, and violated seventeen Constitutional Rights (while crossing state lines) by colluding with his girlfriend to file FALSE charges against the person they robbed of over $200,000 of personal belongings.   Are you kidding me ?!?  In America ?!?

Three Simple Tasks
And who is helping to COVER-UP the CRIMES of CORRUPT Mr. LaBarre and his girlfriend?  Stay tuned . . . because the list seems to be growing by the hour.  Mr. LaBarre's friend and colleague, current Durham DA Leon Stanback continues to be asked to do what should be THREE simple things, which are supported by the U.S Constitution:


In Conculsion . . .
Someone who is robbed of their property should NEVER be jailed (without bail for 127 days) and tortured by the victimizing THIEVES . . . yet that's EXACTLY what happened here.  Mr. Stanback, it's TIME TO STOP THIS MADNESS . . . even if one of the THIEVES happens to be your friend and a Durham County Judge, because in America . . . 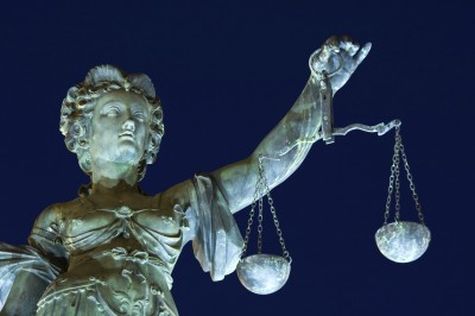 
Bill Breeze is NON-Responsive to my email and phone calls on ALL of his phone lines -- it is clear he deliberately did not take my calls, thereby suggesting he is following through on the contemplated "Failure To Appear" FRAUD below, in which case, please assign me a new public defender, who will TIMELY carry out steps 1 & 2 below; but replace reason # 3 in step 1 with "needing more time to become familiarized with the facts of the case".  Thank you.

I really wish these diabolical efforts to undermine the US Constitution and my civil rights would cease.  To reiterate what should be readily achievable objectives, I want these bogus charges dropped, my property returned and those responsible for these thefts fully prosecuted.  If there wasn't such a stifling level of corruption at play, these objectives would be readily achievable.

Note to Durham DA Leon Stanback:  Please stop emulating your disgraced predecessor, Mike Nifong with the overzealous prosecution of charges which you know to be FALSE.  Do the right thing and start by DROPPING these ABSURD charges and prosecute the REAL CRIMINALS in this matter, as detailed in the criminal complaint filed on July 2, 2012.  This madness MUST stop.


To:  William Breeze - In his role as a Durham County Public Defender

Everything you say, write or otherwise represent is either a BOLD FACE LIE or an intentionally DECEPTIVE EQUIVOCATION of facts.  Please CEASE & DESIST from such atrocious behavior.

The record is clear that I sent you a written request  to withdraw on Jan. 15, 2013, but you LIED in saying you had not received this, as forensics confirmed you had not only received it, but you had opened the email THAT Day.  On Jan. 18, when I finally reached you by phone, you agreed to withdraw THAT MORNING and promised you would confirm having done so later that day.  Unfortunately, you again LIED and accomplished NOTHING of what you had represented, while also avoiding my phone calls that day and Monday, Jan 21.  Remarkably, you ALSO LIED about the day and time of the hearing, and you did NOTHING to have these absolutely BOGUS charges dropped or otherwise dismissed.

Now you email me (below) about the Jan. 23 hearing and state : "Generally on this setting the defendant who has counsel is not expected to be present.  However, because you may not have counsel, I cannot guarantee that you need not attend in the event that my motion to withdraw is granted."  What ?!?  What the hell is wrong with you?  You very well know I am in Florida, and had you not DELIBERATELY DELAYED YOUR WITHDRAWAL BY A WEEK, this would not be an issue.  You are CLEARLY trying to set me up in a FRAUD-Based "Failure To Appear At Hearing" so that I will be re-arrested.  STOP IT !

Here's what I want you to do:
UNDER NO CIRCUMSTANCES should this hearing be held, unless of course there is MORE UNLAWFUL and CORRUPT influence, in which case, you are to serve as my representative counsel at this second setting.  This also means that UNDER NO CIRCUMSTANCES am I to be deemed a "Failure to Appear".  Are we clear on this?  I'm also leaving voicemail messages, which I know you listen to before you start each day, so you won't resign and say you never got this message.

I will separately re-send you my mailing address to mail me the long withheld discovery information, and note that I have copied Lawrence Campbell and Antoinette Hilliard of the Public Defender's Office and others, to be sure we are ALL on the same page.