Media: Please Make Exposing Judicial Corruption in Durham County One Of Your 26 Random Acts of Kindness

The below email was sent on December 21, 2012 to Lawrence M. Campbell, the Chief Public Defender for Durham County, North Carolina, requesting the replacement of public defenders - Brian Aus of Shella, Harris & Aus and Kimberly Lott of Stewman & Booker.  The email was sent in response to the one received from Mr. Campbell which reveals that he is very much part of the stifling level of corruption that grips Durham County, NC.  His email reveals a BOLDFACED EQUIVOCATED LIE, which is quite commonplace in Durham County because corruption is so widespread there.  The TRUTH is that HIS OFFICE is DIRECTLY responsible for the appointment of private attorneys who fulfill the role of public defenders in Durham County criminal cases.  His bizarre email is reproduced at the very bottom of this blog post.

Subject: One of Your 26 Random Acts of Kindness . . . Exposing a Scandal


Note to those copied herein -- This brief exchange of emails with the Chief Public Defender of Durham County (NC) relates to a scandal that will literally blow your mind and pertains to disturbing events you would think could NEVER happen in America.  You will also find that the more you dig into its oddities, the larger and more significant the scope and magnitude of the underlying scandal will become -- In other words, this is BIG, and what you will see unfold here is merely the "tip of the iceberg".


The favor I ask is this:  Please make investigating and exposing this matter one of your 26 random acts of kindness to honor the innocent lives lost in the Sandy Hook Elementary School massacre -- for by doing so, countless others will thus benefit from your publicized revelations.  Thank you. 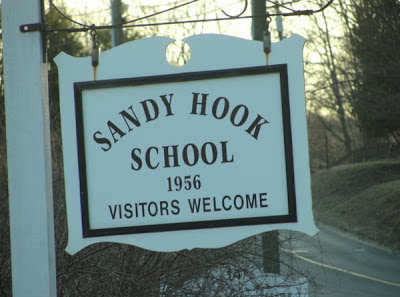 Subject:  Revelations of Mind Boggling Corruption Within Durham County, NC & Its Link to a MASSIVE Scandal

Your response (below) is profoundly absurd and suggests a level of corruption within Durham County (NC) that is utterly mind-boggling -- here's why:
Conclusion
In short, the attorneys that YOUR OFFICE ASSIGNED have made it IMPOSSIBLE to defend myself against the entirely FABRICATED charges.  Through their benign neglect, they are intentionally trying to COVER-UP the criminal activities of the woefully corrupt judge, who is pictured below with his partner in crime, to whom I was once engaged 3 years ago.  In addition, your email response (below) to my initial phone call to you (which you refused to take) suggests you are part of the nefarious efforts to cover up the MANY felonies of Mr. LaBarre and others.

Five Objectives
Your dismissive response mocks the US system of justice and reveals disdain for the US Constitution, while your thoroughly unhelpful behavior is oxymoronic to your title as "Chief Public Defender".  Ergo, I ask that you change your contradictions, and undertake actions to facilitate the following five objectives, which are supported by the United States Constitution, and be sure to "reply to all", when conveying your timely response:
Tip of the Iceberg
Note to those copied herein -- this emerging travesty of justice is the "tip of the iceberg" to a scandal of epic proportion, which is linked to the below list of significant events, which are each explained through the hyper-links denoted below:
. . . and yet there is so much more to this MorganStanleyGate scandal, an overview of which can be helpful and elucidating


I am in receipt of the emails you sent to Assistant Public Defender Antoinette Hilliard on December 18, 2012. Attorney Aus nor Attorney Lott are Assistant Public Defenders. They are private attorneys, assigned to represent you on your pending criminal charges in Durham County. If you have any concerns about your cases you should discuss those concerns with your attorneys, Mr. Aus and Ms. Lott. No-one in this office can discuss those matters with you. This will be my first and only communication with you about this matter. Please do not contact this office again about this matter. Thank you.
Sincerely,
Lawrence M. Campbell
Chief Public Defender Durham County
Office: 919.808.3023
Fax:    919.808.3040
lawrence.m.campbell@nccourts.org
Durham County Judicial Building
201 East Main Street, Suite 500
Post Office Box 25291
Durham, North Carolina 27702
Posted by Spencer C Young at 11:59 PM