The Anniversary Of The SECOND Baseless SWAT Team Assault

Today marks the Anniversary of a mind-boggling event 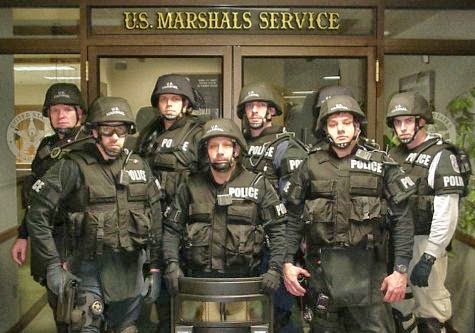 [Note:  The above picture is a typical SWAT team of the U.S. Marshals Service, which is America's oldest federal law enforcement agency and part of the U.S. Department of Justice, the particulars of which are summarized at the bottom of this posting.]

On July 3, 2012, Spencer C. Young (III) was assaulted and violently arrested at his residence in Tarpon Springs, Florida by what was the equivalent of TWO SWAT teams of the U.S. Marshals Service -- in other words, TWICE the number of people pictured in the photo above.   And this was the SECOND time he has been viciously assaulted and unlawfully arrested by a   SWAT team.

The first horrifying occurrence was carried out by over a dozen Orange County (NC) Sheriff deputies on February 2, 2010, in the intended "coup de grace" to the worst bank foreclosure fraud in U.S. history, to wit -- a violent forcible eviction from his Chapel Hill residence, predicated on a mortgage that did not exist  . . . because it was PAID-IN-FULL ! !  And the first assault was punctuated by an attempted assassination.

These two completely unjustified, unlawful and deeply traumatic events (that no law-abiding citizen should EVER be subjected to) are LINKED, while . . .

. . . the audacity and irony of this event is beyond disturbing.

The Audacity . . .
This arrest was executed THE DAY AFTER he had filed a 30-page criminal indictment against a sitting judge in Durham, North Carolina.  And Mr. Young's arrest was predicated on entirely fabricated charges that were literally made up out of thin air in an effort to cover-up extensive felonies orchestrated by a "retired, but still active emergency judge" in Durham, North Carolina (David Q. LaBarre).  These crimes were carried out over a six-month period by Judge LaBarre's girlfriend (Leah R. Krier), while the unlawful arrest was executed by LaBarre's long-time friend and colleague, Leon Stanback, the notoriously corrupt acting District Attorney for Durham County, who faces removal from office from multiple claims of wrongdoing. [Both LaBarre and Stanback are "retired" former Durham Superior Court Judges.]


The crimes perpetrated against Mr. Young entailed grand larceny, fraudulent conversion and automobile theft -- in aggregate, LaBarre and Krier surreptitiously made off with $275,000 of Mr. Young's property, including valuable paintings (e.g., Monet, Dali), jewelry and a Mercedes Benz S-320.  The preponderance of this property was secretly stolen from storage facilities, where his belongings were involuntarily placed after Mr. Young was victimized in "the worst bank foreclosure fraud in U.S. history".  And these acts are consistent with Judge LaBarre's notorious reputation for behaving as though he is above the law.

So let's boil this down:  A judge robs innocent law-abiding citizens, while his district attorney friend arrests those victimized on false charges, so that the illegal activities may continue.  In this case, these public officials abused their authority to take advantage of a person made vulnerable by his victimization in a white collar crime of historic significance and proportion.


. . . And NOW The Irony
On June 16, 1942, President Franklin Delano Roosevelt appointed Spencer C. Young (Sr.) to head up the U.S. Marshals Service for the Eastern District of New York (see below for a listing of all who have headed this office).  This particular U.S. Marshal is also the namesake and paternal grandfather of the person who was unlawfully arrested.

Mr. Young's grandfather later went on to serve as Treasurer of New York City for 8 years under the administrations of Mayor William O'Dwyer and Mayor Vincent Impellitteri, and is credited with averting a fiscal crisis.  He was also the Democratic candidate for Comptroller for the State of New York in the 1946 and 1950 elections.


Let's also put this in perspective:  To "celebrate" the 50th Anniversary of FDR's appointment of Spencer C. Young (Sr.) as U.S. Marshal for the Eastern District of New York, the U.S. Marshals Service deployed the equivalent of TWO SWAT teams out of its Tampa office to violently arrest his namesake grandson in Florida on bogus charges that were made to cover-up the criminal activities of corrupt judicial officials in North Carolina.  These charges were later dismissed as meritless, but not until his grandson had spent 127 days in maximum security jail with the most violent of felons, while being unlawfully denied bail.


Proud To Be An American?
With this in mind, is it any wonder that the United States of America leads the world in incarcerations per capita?  In fact, according to The New York Times, the USA prison population exceeds that of the next highest 35 European countries COMBINED, while its meteoric rise since 1972 is especially disturbing. 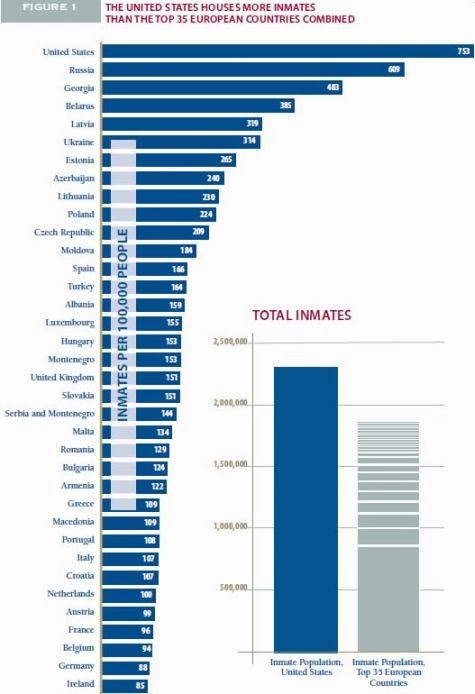 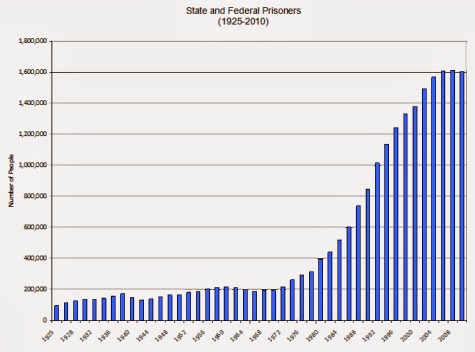 Relevant Excerpts From The Official Website of U.S. Marshals Service 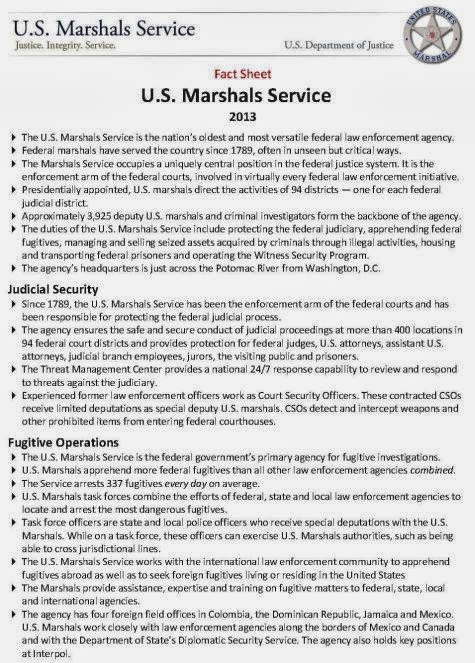 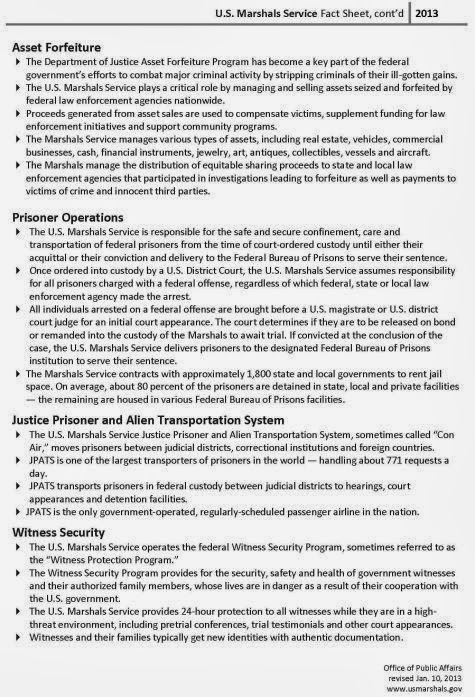