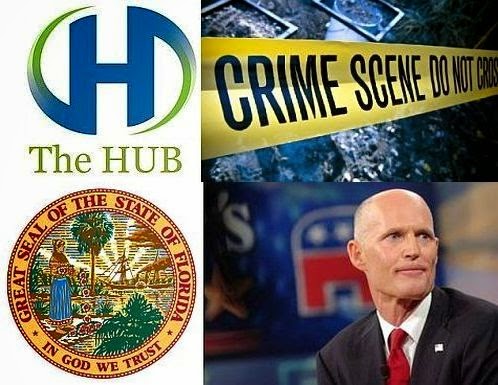 Evidence of Florida Governor Rick Scott's Involvement/Negligence in the UNLAWFUL INCARCERATION and TORTURE of Spencer C. Young and associated CIVIL RIGHTS VIOLATIONS, resulting in the trampling of SEVENTEEN Constitutional Rights and Mr. Scott's willful participation in what he knew to be a FRAUDULENT and BASELESS EXTRADITION to North Carolina is OVERWHELMING and OBVIOUS, as evidenced in the below hyperlinks, which are presented in reverse chronological order.

Accordingly, he is being additionally named in a Federal "Color of Law" Criminal Indictment of 35 other public officials in the states of Florida, North Carolina and Kansas, and 15 private citizens who played complicit roles in the perpetration of numerous crimes.  His co-collaborator, North Carolina Governor Bev Perdue, was included in the original indictment on May 30, 2014.

Friday, October 12, 2012
Plea to Florida and North Carolina to Stop the Fraud-Based Extradition

Monday, October 1, 2012
My Unlawful Extradition Must Be Stopped . . . Or I Will Be Assassinated !

Message to President Obama, Governor Scott, and Governor Perdue: "I Beg of You to Help Me!"